Financial abuse of seniors oftentimes goes unreported. Studies have estimated that as few as 1 in 30 cases are brought to the attention of authorities. There are many reasons why these matters don’t get reported.

The two main reasons for none reporting are:

the abuser is a family member and the victim doesn’t want to get them in trouble
the victim is too embarrassed about being taken advantaged of that they would rather no one know about it than to be humiliated
The first reason, although misguided, is understandable, but second reason, however, is not.

To be direct and word this in no uncertain terms, victims of financial abuse should not feel embarrassed about being tricked out of their money. Today’s criminals who target seniors are smart criminals with hundreds of hours of experience and sophisticated tools that can convince even professionals that they are legitimate in their business dealings. 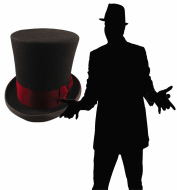 Encountering today’s scam artist is very similar to seeing a professional magician perform. He has spent countless hours practicing his act, invested in resources and props, and achieved a certain level of competence that earned him his own show. When the audience leaves the performance, they are often left wondering how the tricks were accomplished. They are not, however, embarrassed that they could not figure out how a particular illusion was accomplished. The same should be said about victims of today’s scams.

An example of the skill level of these criminals is seen in a rash of sweepstakes/lottery scams occurring in the Islands today. Potential victims are sent a personalized message (mail, email or telephone) telling them of their good fortune at winning a prize. How did the criminal get this contact information? They spent money getting it. Just like the magician going into a magic shop to buy a deck of marked cards or a collapsible wand, the scam artist can purchase personal information from various sources including people who steal mail; telemarketers who compile information from people who fill out contest entry forms; or computer programs designed to hack email accounts or link addresses to names.

Gone are the misspelled, poorly written emails and letters. These scam artists have learned from past mistakes and perfected their trade. Today’s personalized lottery winning letters are well-written and look legitimate. Some include pre-printed checks that will initially fool even a bank teller into giving a sum of money that is suppose to be sent to the scam artist to pay for “taxes and fees” on the prize money. Other letters include a credit card that the victim is told has the lottery winnings on it and it just needs to be activated with a payment.

So professionally done are these notifications, that some banking personnel, financial planners, lawyers and judges have been fooled by these scams.

In short, if you have been scammed, do not feel embarrassed. You were taken by a professional. Report the crime so that there is a chance these criminal magicians will disappear. All reports are confidential.