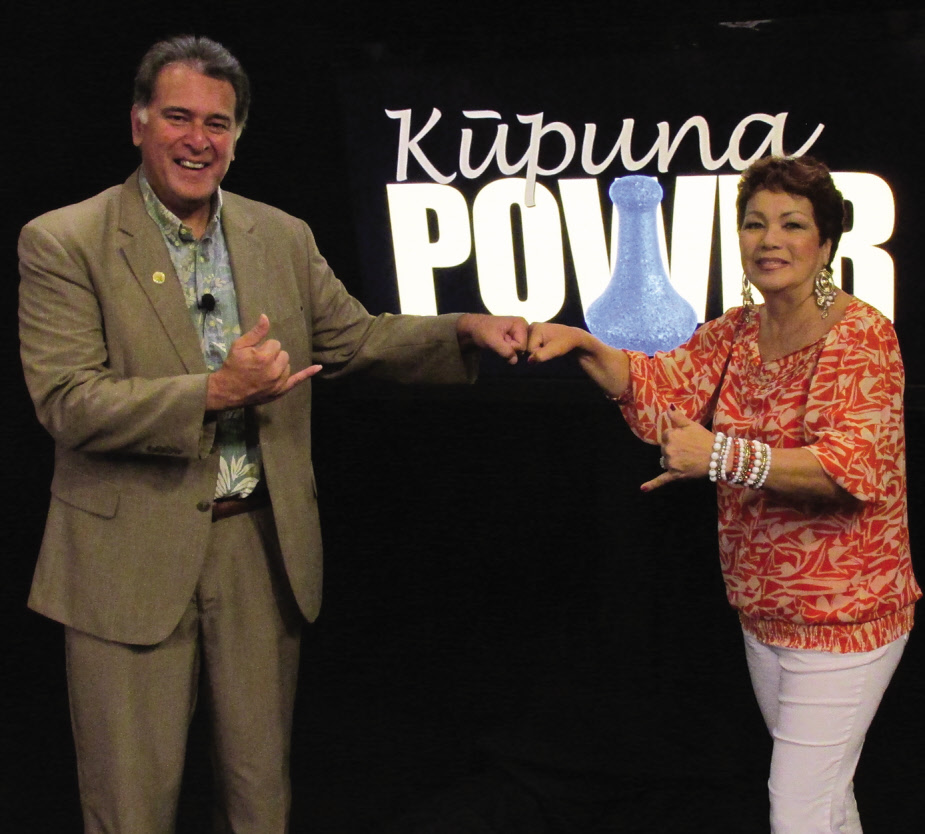 Since March of this year, ‘Ōlelo Community Media has featured one hour of daily programming each Monday through Friday from 8 am – 9 am especially for, and by, senior citizens in our community.

These “Senior Sunrise” mornings on Channel 53 are centered around “Kupuna Power,” a weekly magazine-format half-hour program created in partnership with Senator Brickwood Galuteria, the Executive Office on Aging and AARP Hawai‘i. The “Kupuna Power” show, produced and hosted by Galuteria, airs each Monday at 8 a.m. and will repeat at that same time on Thursdays.

‘Ōlelo believes senior-focused programming is acutely needed because of Hawai‘i’s aging community: In 2012, those 60 years and over accounted for 21.6 percent of the total population, according to the Executive Office on Aging. By 2020, the Hawai‘i Department of Business, Economic Development and Tourism estimates senior population growth will be 26.1 percent.

‘Ōlelo is developing other original senior programming and working with several strong community producers to create more shows for kupuna; these include a variety of short segments of interest including the “I Remember When” flashback, “Everyday Tai Chi” and “Kau Kau Moment,” a light-hearted cooking show featuring Janice Terukina Morimoto, a local actress and comedian now based in Korea who stars in a series of island-style cooking shorts.

The senior-focused programming each weekday morning is available on ‘Ōlelo Channel 53 on both Oceanic Time Warner and Hawaiian Telecom cable on O‘ahu. It can also be viewed via live stream at www.olelo.org. Happy viewing!