In 1817, Dr. James Parkinson was the first person to systematically describe the symptoms of the disease that bears his name. In “An Essay on the Shaking Palsy,” he reported on three of his own patients and three persons whom he saw in the street.

In honor of his contributions to Parkinson’s diagnosis and symptom treatment, World Parkinson’s Day is held each year on April 11, the doctor’s birthday.

Although a cure has still not been found, the nonprofit Hawai‘i Parkinson Association (HPA), was established in 1996 to assist Parkinson’s disease (PD) patients and their family members live the best life possible by uniting people, organizations and resources to treat their symptoms.

For education and outreach, HPA recently opened a resource center at St. Francis Healthcare Center on O‘ahu. The center’s goal is to provide the members of the Parkinson community with the most up-to-date information available so they can conduct an informed discussion with their doctor about treating their symptoms.

Anyone affected by or with an interest in Parkinson’s is welcome to visit the center and find information on physicians, support groups, exercise, medications, clinical drug trials and studies, lending and reference libraries, and general information on Parkinson’s.

The primary tools used to assist people with Parkinson’s and their families are support groups. A patient has scheduled doctor visits every two to three months. In between visits, they can attend group meetings that provide emotional support and best practices for dealing with Parkinson’s.

What is Parkinson’s Disease?

Parkinson’s is a progressive neurodegenerative condition. It is categorized as a movement disorder because the condition generally includes tremors, slowness, stiffness, walking/balance problems and difficulty with speech/writing. The condition frequently includes non-motor symptoms, such as depression and memory problems.

Although there is no cure for Parkinson’s, current treatments can help alleviate the symptoms but do not prevent or delay the progression of the disease. Even though there are broad similarities, symptoms and progression are unpredictable and vary from person to person.

How is Parkinson’s Diagnosed?

There is no specific test currently available that will generate a definitive Parkinson’s diagnosis. Rather, a diagnosis is based on an aggregation of a patient’s clinical history and both motor and non-motor symptoms observed during an exam by a neurologist. With no conclusive test and the large variation of symptoms among patients, misdiagnosis is not uncommon. Patients should strive to consult a movement disorder specialist (MDS) certified neurologist who has had  specialized training in Parkinson’s diagnosis and treatment. 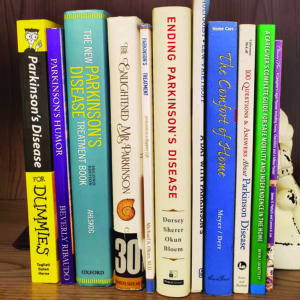 After a Parkinson’s diagnosis, people often ask how and why they got the disease. For most people, the root cause of Parkinson’s is unknown. However, research has revealed that Parkinson’s is caused by low dopamine levels in the brain. Dopamine helps transmit signals between the areas of the brain that control all purposeful movements, including talking, walking and writing. Low levels occur when the dopamine producing brain cells are dying while the body’s dopamine consumption remains constant.

Research has indicated that the onset of Parkinson’s primarily has linkages to three environmental events: 1) genetics, 2) traumatic brain injury (TBI) and 3) prolonged exposure to certain pesticides and insecticides.

How is Parkinson’s Treated?

Treating the whole person is the key to the Parkinson’s patient having the best quality of life possible. This type of treatment requires a multidisciplinary approach of medication, exercise and caring for the general well-being in order to slow and/or mitigate physical symptoms.

Medications typically work well in the early stages, but as PD progresses, patients typically experience increased drug-related complications, such as motor fluctuations and side effects. Exercise, including physical and occupational therapies, are important for a balanced and healthy lifestyle. Cardio exercise proves to be of greatest benefit, but all exercise is valuable.

Nutrition, and spiritual and mental health are equally important in the daily treatment for long-term health and well-being of the PD patient.

An estimated 1 million in the US and 8 million people worldwide currently live with PD.

Parkinson’s affects 1 in 100 Americans over the age of 60. It is reported that there are an estimated 50,000 to 60,000 new cases diagnosed each year. Surveys show that 35 to 42 percent of cases go undiagnosed. With an aging population, better health education and more effective treatments, it is anticipated that the prevalence of Parkinson’s will increase substantially in the next 30 years.

By 2050, the number of people with Parkinson’s is expected to double.

The average age of onset is approximately 62 years old; however, 10 to 20 percent of persons with Parkinson’s are diagnosed before the age of 50. The under-50 group is referred to as people with Young-Onset Parkinson’s Disease (YOPD).

According to a 2019 study, the 1 million Parkinson’s patients in the US cost an estimated $52 billion per year in direct and indirect costs, or an average of $52,000 per person, per year. 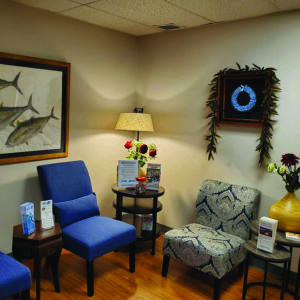 Based on a 2018 study, there are approximately 6,800 people aged 45 years and older living with Parkinson’s in Hawai‘i, with another approximately 2,500 undiagnosed.

To treat these people, there are seven O‘ahu-based neurologist who have the expertise and/or experience to be called Parkinson’s experts: two at Queen’s Medical Center in Honolulu, two at Kuakini Medical Center, one at Hawaii Pacific  Neuroscience, one at the Pacific Health Research and Education Institute (an affiliate of the VA Pacific Islands Health Care System) and one at Kaiser Permanente.

In Hawai‘i, the economic burden on the local economy is approximately $350 million per year. This onus primarily falls to the insurance companies and families of the patients, as many people with Parkinson’s are retired or disabled.

To make a contribution, click on “Make a Donation” at www.parkinsonshawaii.org.