The Right to Vote is Yours! 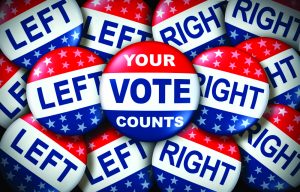 As we age, we may not be able to do some things as well as we used to. But there’s one important thing we can do today with greater power and effectiveness: We can vote!

Throughout our history, people have fought and died for the right to vote. But this pivotal right has not always been as accessible as it is today. When our country was established, voting was limited to white men of property. Voting was determined by state law, not by the United States Constitution or federal law.

But despite the Fifteenth Amendment, southern states continued to deny African Americans their right to vote by various means, including poll taxes (which were barred by the Twenty-Fourth Amendment), violence and death. Finally, in 1965, largely because of the civil rights movement led in part by Rev. Martin Luther King Jr., Congress passed the Voting Rights Act to enforce the Fifteenth Amendment in  southern states. Yet despite these gains, efforts to suppress the African American vote in the South continue to this day.

The Twenty-Sixth Amendment was adopted in 1971, setting the minimum voting age at 18. Before that, just three states allowed those under 21 the right to vote. Hawai‘i was one of them.

We are very fortunate to live in one of the most convenient and safest states in which to vote. Any citizen who is 18 years or older and a resident of the state can register to vote and vote by mail. The latter is particularly important during the COVID-19 pandemic. There are no impediments. There are no efforts to disenfranchise voters or suppress the vote as seen in other states.

However, less than half the people in our state who are eligible to register and vote actually do so. “No right is more precious in a free country than that of having a voice in the election of those who make the laws under which… we must live.” Encourage your family and friends to vote.

The Honorable Daniel Foley served as an Associate Judge of the Hawai‘i Intermediate Court of Appeals. He is a well-known civil rights attorney who taught at William S. Richardson School of Law, University of Hawai‘i.

Articles in the current issue