The Kula Shims: Contributions That Last 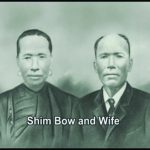 The Shim family documents their genealogy to Emperor Hwang Ti, China’s first emperor, who began building the Great Wall. In the 1860s, Shims from Kwangtung Province across the China Sea from Hong Kong took advantage of agricultural and business opportunities in Kula, and worked hard to improve life in Upcountry Maui.

Goong Goong (grandfather) Shim Bow was a herbalist healer. He died at age 58, but Popo (grandmother) worked her farm, still carrying avocados uphill when she was in her 80s. She lived to 104, had excellent hearing and vision, no diseases and very little white in her hair. 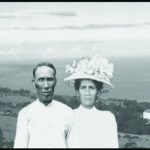 Our uncle, Shim Mook, was a prominent business man who supervised the building of the Kula pipeline in 1905. His mule teams pulled loads of pipes as far as the mules could go; then Chinese workers carried them the rest of the way. A Chinese teacher was needed in Kula, so he wrote to China and they sent Rev. Shim Yin Chin. It took remarkable dedication and courage to leave his family and come to Hawai‘i, but he was ordained here, and in 1907, opened the doors of St. John’s Episcopal Church.

Rev. Shim successfully lobbied to amend the Homestead Act in 1911 to keep Chinese farmers from losing their land. The Legislature agreed: “Chinese who had been long resident in the district, and whose children, seventeen or eighteen years of age who had been born here, would be granted leases on the premises which they had occupied and improved.” 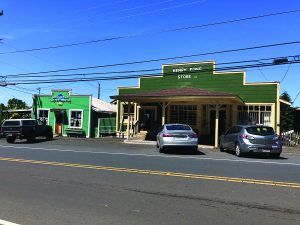 Shim Mook’s grandson, Herbert, was a farmer, rancher, conservationist and founder of the first Upcountry farmers’ market. His brother, Richard Shim, is called “The Mayor of Kēōkea,” a place once known as “China Town.” He loves to share the history of Kēōkea Sun Yat-sen Park and the Kwock Hing Society hall with family and visitors.

Next door to Fong Store in Kēōkea is Grandma’s Coffee House. That building was Shim’s Restaurant, opened by Shim Bow’s son, Harold, and his wife, Hannah, during WWII. They kept the military men well fed! 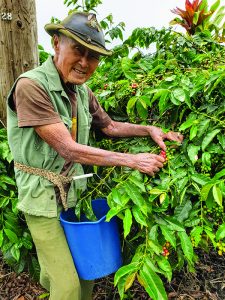 At 89, nephew Casey Shim works the rich soil of his Kula farm, called “Utopia.” His one-man coffee and botanical farm wins many accolades from connoisseurs across the country. Casey attributes his green thumb to his ancestors. He says, “Being among plants is very relaxing and healing. If you’re around nature a lot, you won’t ever need a psychiatrist.” Even at his advanced age, harvesting 3,700 pounds of coffee beans each year by himself is something he enjoys! 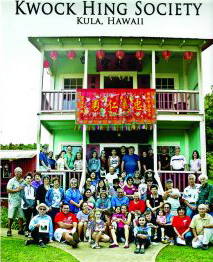 Many Shims were founding members of the Kwock Hing Society, erected in 1907 as a place where Chinese families could get information from China. (Dr. Sun Yat-sen came here to plan his overthrow of the Manchu Dynasty.) Today, our family still gathers at Kwock Hing to socialize and share our Chinese cultural events, traditions and rituals. On April 22, we will celebrate Ching Ming
grave-cleaning day with prayers and a community banquet.