The flu shot is a vaccine that helps to prevent the flu, an illness caused by infection with the influenza virus. Viruses are very small germs that cause illnesses. Flu is a contagious disease, with symptoms such as fever, cough, headaches, body aches, sore throat and fatigue. For older people, especially those who have chronic diseases such as diabetes or heart disease, the flu can be very serious and even life threatening.

The influenza pandemic of 1918-1919, also known as the Spanish Flu, killed more people than World War I. During the 1918 pandemic approximately 20 percent to 40 percent of the worldwide population became ill. An estimated 50 million people died, including nearly 675,000 in the United States.

WHO SHOULD GET THE FLU SHOT?

WHY DOES A PERSON NEED A SHOT EVERY YEAR? 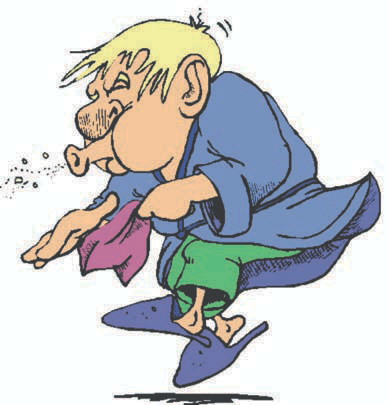 Flu viruses change often and each year’s virus is just a little different than the year before. Since different forms of the viruses appear each winter, a new vaccine is manufactured each year according to the circulating strain that will fight the viruses most likely to occur that year. The protection received from a flu shot also lessens with time, especially in older people. This is another reason why seniors need a flu shot every year. It helps keep seniors protected from the flu and stay healthy. Flu season is usually between November and April. It takes at least two weeks for the shot to start working, so try to get the flu shot in October or early November.

ARE THERE SIDE EFFECTS TO THE SHOT?

The flu shot is safe and most people have no problem. Seniors cannot catch flu from the vaccine because flu shots are made with a killed virus. A person may experience soreness or redness around the site of the shot for up to a few days. A few people do have a headache or a low-grade fever for about a day after they get the shot. Because eggs are used to make the flu vaccine, people who are allergic to eggs should not receive a flu shot.

THINGS TO REMEMBER ABOUT THE FLU