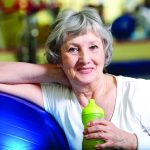 Ageism is discrimination and negative stereotyping on the basis of a person’s age. It permeates the media and everyday conversations to such an extent and in such subtle ways that people may accept negative stereotypes of older adults (“forgetful,” “grouchy,” “less competent”) as truth, unconscious of their bias. While not denying very real difficulties that may arise, later adulthood is a life stage that involves both opportunities and challenges, as do all stages of life. 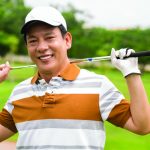 Language matters. The way we speak about or frame aging reflects and reinforces ageist attitudes.

While trying to convey the significance of current demographic changes, it is easy to slip into an alarmist mode. The media and even  scholars often characterize population aging as  a natural disaster, a “silver tsunami,” threatening to overwhelm society. Re-framing the discussion of changing demographics in a more positive way avoids an ageist mindset: “As Americans live longer and healthier lives…” 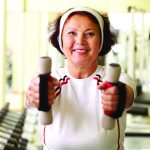 In an attempt to counter ageist ways of speaking, the FrameWorks Institute developed the following evidence-based recommendations:

A call for justice beats a plea for sympathy. Ac-knowledge that a just society strives to treat everyone as equal participants.

Remember, ageism is discrimination against your future self.

This chair rocks: A manifesto against ageism