Getting to Know The Greatest Generation 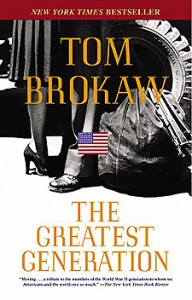 Our oldest seniors, members of “The Greatest Generation,” remember Great Depression and World War II. By facing fear and surviving hardship and loss, they grew strong and confident. They don’t flaunt their accomplishments, even though we may call them heroic.

Popular News Commentator and NBC News Anchor Tom Brokaw coined the name “The Greatest Generation” as the title of his 1998 best seller. If you have never read this classic, check it out at your local library or look it up on Amazon. It’s a collection of profiles and historical commentary about people whose lives and moral fibers were tested by the great upheavals of the early 20th century. Their stories are riveting. 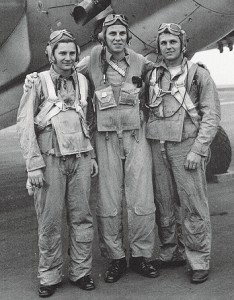 As a child in the ’40s, Brokaw recalled, “The grown-ups all seemed to have a sense of purpose … Whatever else was happening in the neighborhood, there was something greater connecting us all, in large ways and small.” In our fast-paced “communication age transpose connectedness is often mistaken for socializing on Facebook. The Greatest Generation shared high ideals — sacrificial commitment to family, community and nation. Personal gain and entertainment were low priorities. Brokaw beautifully describes a generation drawn together by a sense of duty to and responsibility for the common good. Challenges and sacrifices pulled together a nation, and the nation pulled as a team. 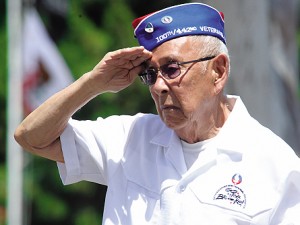 Brokaw actually describes values like respect and fortitude the “right stuff”— the characteristics we see in our Hawai‘i seniors. Our state politics may be liberal, but our way of life is conservative. Families are multigenerational and tight-knit. We nurture relationships. Making a living in Hawai‘i is hard, and cost-of-living is high, so everyone must sacrifice a little of the American dream to “live Hawai‘i.” Everyone in the canoe paddles. 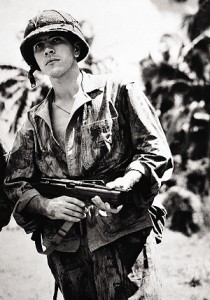 Brokaw admits he holds a “missionary zeal” for this generation that birthed more than its share of public heroes — Sen. Daniel Inouye, President Dwight D. Eisenhower and Admiral Chester W. Nimitz. But Brokaw also writes about people we never heard of: soldiers who came home and never said much about the war, and men and women who worked civilian jobs that were crucial to the war effort.

Seniors tell of hard times, when life was unsettled— making “do” with a little rice and fish, nightly blackouts and barbed wire on the beaches. In 1941, four men of the Adams/McCabe family in Kaneohe were killed by a Japanese rocket on Pali Highway, as they drove to work at Pearl Harbor. These civilians are heroes too.

During the month of August, take your grandchildren to visit a kupuna in their ’90s and listen to their stories, like Brokaw did. Or pick up a copy of The Greatest Generation at your local book store or at www.amazon.com/books. If you are in the greatest generation, like my Mom and Dad, don‘t be shy about sharing your story!