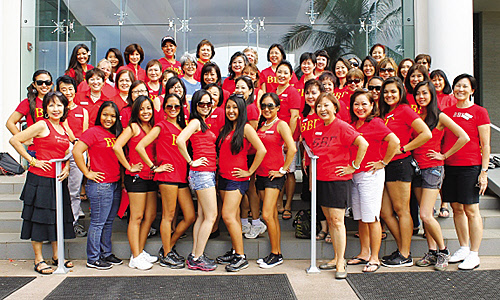 Beta Beta Gamma (BBG) is the only Greek sorority left at University of Hawai‘i. In the ‘50s and ‘60s, students from small rural high schools could find fellowship, mentors and community at big universities by joining a sorority or fraternity. Today, BBG still brings like-minded women together for important service work.

In celebration of the sorority’s 50th anniversary in 1998, over 300 alumnae sisters were inspired to create a lasting legacy through charitable giving. The BBG Foundation, incorporated in August 1999, allows BBG sisters and donors:

Since 1999, BBG holds a golf tournament every fall at Mid Pacific Country Club in Kailua. Many golfers are alumni of Phi Kappa Pi Fraternity at UH. The fraternity closed in 1982, but bonds formed in college are still strong. The essence of sisterhood and brotherhood between BBG and Phi Kappa Pi resonated in a tribute to brother Dennis Taira, who passed away. Foundation Director and First Board President Donna Hoshide said: 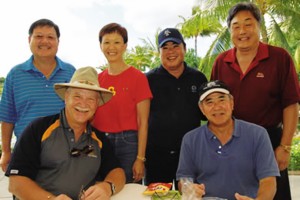 “Dennis Carson Makoto Taira was indeed BBG’s golf hero. Since 1999 BBG sister Susie Taira’s husband Dennis brought in foursomes of his Phi Kappa Pi brothers — often over 10 teams — to support BBG. The success that we have enjoyed these 15 years would not have been possible without Dennis and those many golfers. What a tribute to Dennis this year — to have 180 golfers and so many BBG sisters attend our 16th annual golf tournament. We feel his spirit with us, we miss him dearly and still mourn his very premature passing on May 11. We will remain forever grateful to Dennis.”