Voices of Aloha Chorus is 100! 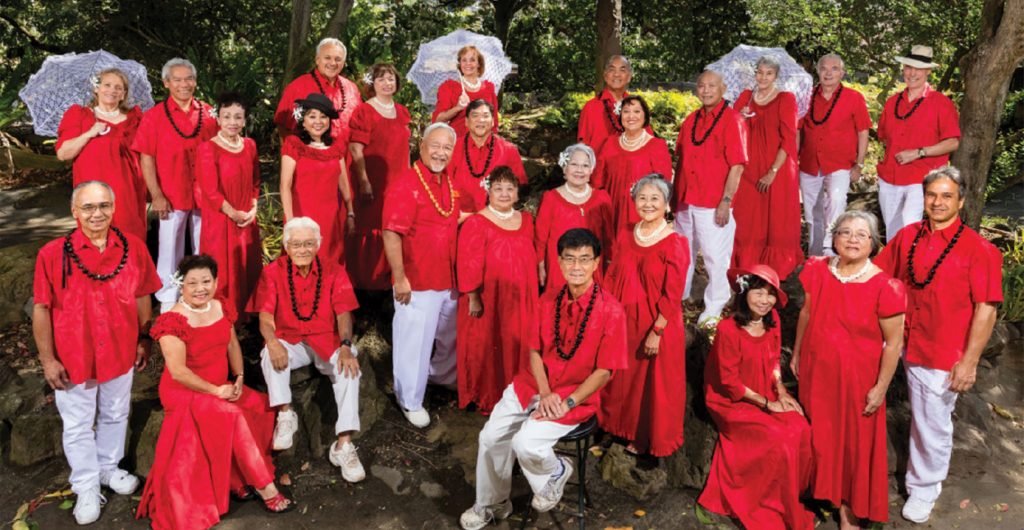 The Voices of Aloha Chorus is a non-audition group for people of all ages who love to sing. This year, they have been singing joyfully for 100 years.

We are 21st-century descendants of the Gleemen of Honolulu, the oldest men’s chorus west of the Rockies, and celebrating 100 years! The chorus began when the Apollo Club and Honolulu Choral Society joined voices in 1916. Among notable members were Sen. Daniel Akaka, Gov. Lawrence Judd, Charles K.L. Davis and Charles E. King.

Shigeru Hotoke, WWII veteran and Kailua High music teacher, assumed directorship of the Gleemen in 1984, and in 1992, he produced a Chrismas concert with the Kailua Madrigal alumnae and a mixed choir, Mele Nani Singers, under director and opera singer Gerald Ting. This was the beginning of Gleemen Plus of Honolulu.

In 2007, after 20 years of successful concert ministry on the mainland, I assumed the role of director. In 2013, the Leadership Board changed our name to the Voices of Aloha to better reflect our origins and mission. Since 1916, the chorus has always been a civic, community-minded choral group, open to all who love music and can carry their part, whether they read music or not. We are a non-audition chorus, and accept vocalists of all ages and professions/trades. Voices of Aloha regularly performs for senior clubs, care homes and retirement centers. Our popular annual spring and Christmas concerts draw crowds of up to 800. The future looks bright!

If you love to sing, rehearsals are Tuesday nights from 7 to 9 pm at Community of Christ Church Annex in Makiki. To join, book a concert, or donate, please call us and sing joyfully!