The Best Defense Against Glaucoma

Although glaucoma is a leading cause of irreversible blindness, the most common presentation of glaucoma often has no noticeable symptoms in its early stages. When glaucoma develops, vision loss progresses so gradually that the people affected are often unaware of it until their sight has already been compromised. Due to the lack of symptoms in most cases of glaucoma, the American Academy of Ophthalmology advises the public that the best defense against developing glaucoma-related blindness is to maintain routine, comprehensive eye exams.

“Like many illnesses that progress slowly over time, the best preventative measure against developing vision loss from glaucoma is by early detection of symptoms, only possible by having regular eye exams,” says Dr. Steven Rhee of Hawaiian Eye of Hawaiian Eye Center. “When glaucoma is in its early stages, most vision loss is preventable with early detection and medical intervention.”

Open-angle glaucoma, in which the drainage angle for eye fluid remains open, is the most common presentation, with gradual onset of symptoms without pain. Less common types of glaucoma include closed-angle glaucoma and normal-tension glaucoma, which can come on gradually or suddenly. The sudden presentation may involve severe eye pain, blurred vision and other bodily symptoms. 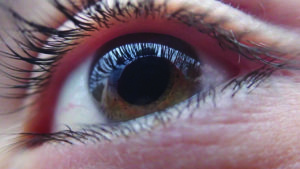 Those most at risk of developing glaucoma include those…

• aged 40 and older.
• who are siblings of people diagnosed with glaucoma or have a family history of glaucoma.
• who are of African and Hispanic descent in older age groups.
• diagnosed with diabetes or high blood pressure.
• who have had an eye injury or eye surgery.

Most known risk factors of glaucoma are not preventable and the optic nerve is unable to regenerate after any damage has occurred. However, glaucoma can be controlled with an early diagnosis and treatment to slow down or stop further damage. Treatment ranges from topical medications to laser surgery, which helps lower the eye’s internal pressure.

People of older age groups or with a family history of glaucoma should have a comprehensive dilated eye exam every two to three years from an eye care professional to check for glaucoma and other eye diseases. People at higher risk of developing glaucoma should get eye exams annually, including those 40 and over or with other known risk factors.