This joke highlights two reasons why scams are often targeted against the elderly. First, seniors have more money and assets than any other segment in our community. And second, seniors are (or perceived to be) lonely, oftentimes surviving their spouse of many years. It is for these two reasons that the Elder Abuse Unit, as well as the Honolulu Police Department, has seen an increase in the crimes known as Sweetheart Swindles.

Although this scam takes on several distinct forms, the scam artist finds a lonely senior, makes promises of companionship, and convinces him/her to give/loan the scam artist large sums of money or property.

How do scam artists find lonely seniors? Very easily. If you Google “senior dating,” you will find 160 million websites in less than a second. As seniors become more comfortable with using the computer, they get exposed to websites that promise that companionship is at the tip of their fingers.

Sally (alias), thought lightning struck twice in her life when she met “Sam,” a man who had the same values and beliefs she shared with her deceased husband. She “met” Sam on a well known dating site when he replied to her profile and sent her pictures he claimed to be of himself. The emails quickly became telephone calls filled with words of romance and security. However, they could not begin their fairytale romance until he completed some business he was conducting in London. Sam shared that his financial trouble relating to his business was the only thing preventing him from flying to Hawai‘i and sweeping her off her feet. Once Sally offered to help, she began a journey that would result in her losing $160,000, by wiring money overseas as a loan to help Sam. With her money gone, so was Sam.

Unfortunately, the police were not able to retrieve the money lost by Sally, but they have been able to recover moneys taken in other Sweetheart Swindles that have occurred in Hawai‘i. This only happens, however, when the crime is reported, which, given the humiliation and betrayal felt by victims of this scam, is not very often. If you suspect you are being targeted in this type of scam or have any questions relating to elder abuse in general, please contact us.

All reports are confidential. 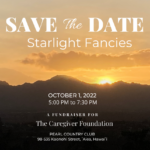 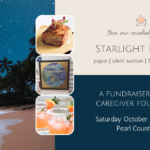