Preserving Hilo’s Past: The Lyman Museum A few blocks mauka of Hilo Bay at 276 Haili Street is a white frame building with dark green trim and a surrounding veranda upstairs and down, in the style of nineteenth-century New England homes. A guided tour of the Lyman Mission House, listed on both the National and State Registers of Historic Places, gives visitors a colorful and accurate look at missionary life in 1800s Hilo. The Lyman Museum, which includes the adjacent Mission House, is one of only four accredited museums in Hawai‘i and is also a Smithsonian affiliate.

Sarah and David Belden Lyman were educator-missionaries of the American Board of Commissioners for Foreign Missions (ABCFM) in Massachusetts, assigned to the Hilo Mission in 1832. The very first missionary station in East Hawai‘i, the Hilo Mission had been established in 1824 at the village of Waiakea. The Lymans entered the Hawaiian mission field at a time of the “Second Great Awakening,” when thousands of converts were filling new churches throughout the Islands, including Hilo’s own Haili Church, founded in 1824. By 1840, over 90 percent of Hawaiians throughout the Islands attended Sunday services every week.

The Lymans also built a large thatched-roof meeting hall where they held religious services and educational programs each week. Later, as seasoned teachers, they were commissioned by Kamehameha III to found and administer the Hilo Boarding School for Hawaiian boys and young men. Native Hawaiians responded so favorably to missionary training in reading and writing that Hawai‘i became the most literate country on the planet. 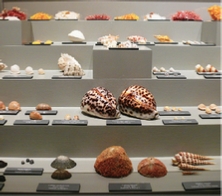 Photo courtesy by the Lyman Museum

The Lyman Museum was established in 1931, with natural and cultural history collections housed in the Lyman family home, and a mission “To tell the story of Hawai‘i, its islands and its people.” In 1971, an adjacent museum building designed by architect Vladimir Ossipoff was constructed, and all the holdings were moved to this secure space with controlled environmental conditions and expanded room for exhibits. The Earth Heritage Gallery showcases the geological beginnings and natural habitats of the islands, while the Island Heritage Gallery tells the stories of the peoples and cultures of Hawai‘i. The Lyman Hawaiian shell collection is renown. The Museum’s collection of gems and minerals is the life’s work of a Lyman great-grandson, is described by the Smithsonian as one of the ten best in the U.S.

The Museum upholds the Lyman tradition of lifelong learning by regularly hosting educational programs on the natural, cultural, and social history of Hawai‘i, engaging and informing the community and visitors alike. In October, local island historian Boyd D. Bond will present “A Broad History of Hawai‘i Island”; later in November, he will talk story about the complex life and colorful reign of Kauikeaouli (Kamehameha III).

For information on the many educational opportunities:
Lyman Museum, Hilo
808-935-5021 | www.lymanmuseum.org