A lifetime dedicated to the safety and security of our community

“I… became aware of people who take advantage of the elderly,… “ 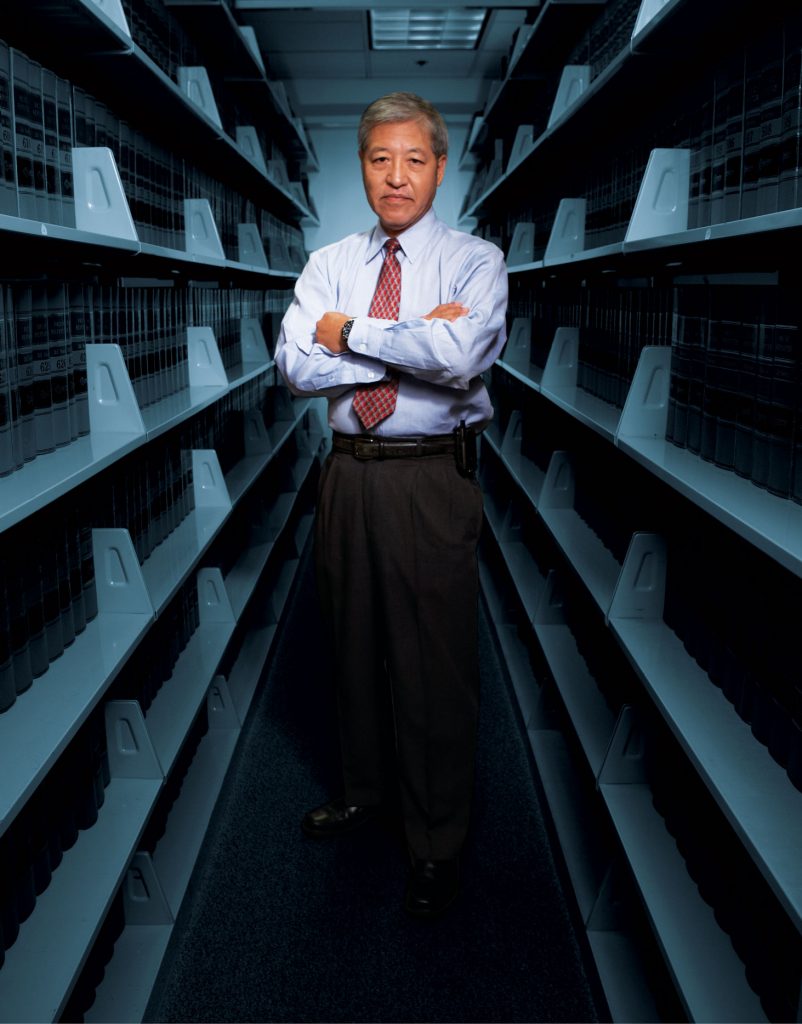 With more than 30 years of experience in the criminal justice field, Prosecuting Attorney Keith Kaneshiro has dedicated his life to the safety and security of our community. Recognized globally as an innovative crime fighter, Keith has a proven record of reducing crime in our neighborhoods and attacking the source of the problem.

As the only Prosecuting Attorney for Hawai‘i to return for a second term, he has new items on his agenda, including senior security and elder abuse. Here, we catch up with Keith to see what changes have been made to secure protection and justice for seniors.

GM: As we all grow up, our parents make impressions on us that help determine who we are today. How did your parents influence you?

KK: My parents had a very strong influence in my life. My mother, Karole Kaneshiro, was very influential in instilling values such as hard work, integrity and the importance of family. In fact, when I was in 8th grade she told me that I should become a lawyer because of my interest in student government. That’s when I first knew that I wanted to become a lawyer. In student government I learned that laws play a big part in shaping our society and lives. In order to make an impact on making Hawai‘i a better place, I knew that I had to learn the law in order to make change.

Luckily my mother attended high school with the late Patsy Mink, who welcomed me to work in her campaigns. My mother was also very instrumental in getting me elected as Prosecuting Attorney for my first term (1988-1996). She got a lot of her friends to work in my campaign and to vote for me.

My dad, Wilfred Kaneshiro, was always there to support me. He attended all my sporting activities, including practices, and taught my brother and me the finer points of a sport.

GM: You are the first second term Prosecuting Attorney for Hawai‘i. What made you decide to come back for another term in 2010?

KK: I decided to return to the Prosecuting Attorney’s Office because I saw that there were many unaddressed problems facing our community—drug and financial crimes, elder abuse, sexual and domestic violence and animal cruelty. I felt that the Prosecuting Attorney’s Office needed to take a leadership role in tackling crime and not just process cases.

One of the largest problems that has lingered on since my first term in the ’80s is drug abuse. Sadly, after my first term ended, many of the programs and laws that I established were curtailed or not developed. But with more than 30 years of fighting drug crimes, I continue to argue that we should focus on the source of drugs—domestically and internationally — not the drug users. We need to go after the source of the drugs, with the cooperation with Asia and other countries. We should prosecute the dealers, distributors and organizations. And we should offer addicts treatment.

Another crime that is often ignored is animal cruelty. Animals cannot fend for themselves. The Prosecutor’s Office needs to help the vulnerable. We know that people who are cruel to animals are also often cruel to people. Identifying people with abusive behavior is one step toward preventing future, more violent crimes.

GM: Are the crimes different 15 years later, and why?

KK: Today, many crimes are technology based or involve sophisticated identity theft and financial wrongdoings. Because of the poor economic condition of our community, these crimes are more prevalent yet we have less money to fight them.

GM: In this term, you increased the Elder Abuse Justice Unit. Why is this an important issue to you? 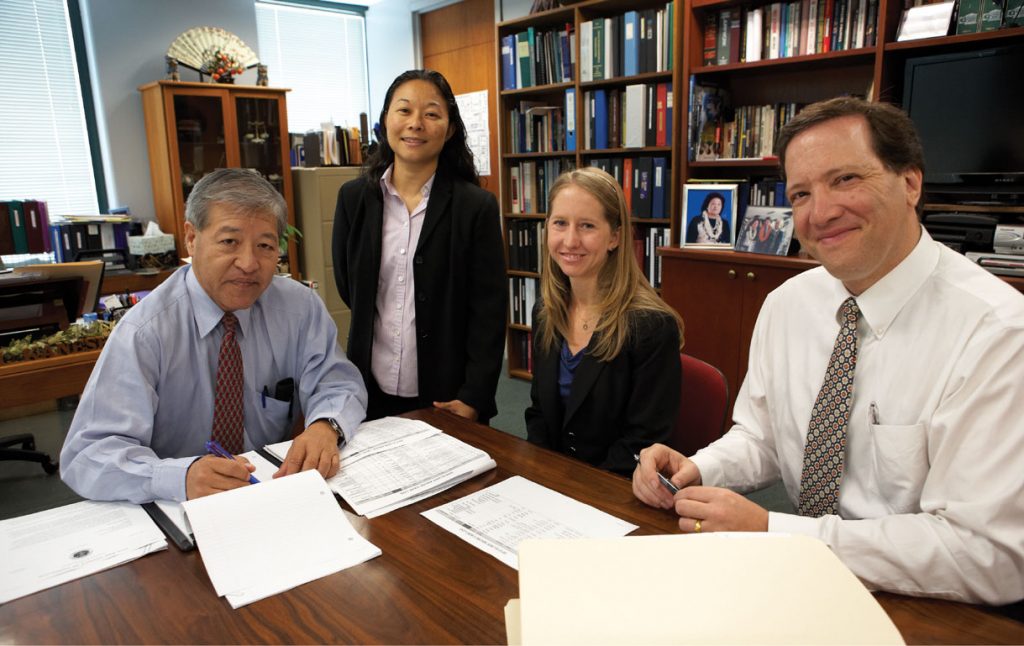 KK: Elder abuse is certainly one of my priorities. When I was in private practice, I cared for my mom and dad. In the process, I became aware of the plight of elder health care. I also became aware of people who take advantage of the elderly, along with cases that were reported but never investigated or prosecuted. Someone needs to protect the elderly.

Because of that, I’ve doubled the size Elder Abuse Justice Unit. We have a very good captain in Scott Spallina, and I’ve charged him with taking a proactive approach in our community to prevent elder abuse. The elder abuse unit will educate the community with presentations and community meetings on how to protect elders from neglect and exploitation.

There are many different forms of elder abuse. The most recognizable form is physical abuse by caretakers, strangers, and even family members. Another form is financial abuse, where elders have their monies taken by strangers through telephone solicitations or door-to-door salesmen or unlicensed contractors.Some elders are having their monies taken by family members or other people who they depend on.

GM: What is the Elder Abuse Justice Unit, and what are your goals for this specialized group?

KK: The Elder Abuse Justice Unit is a team of prosecutors and paralegals who work with the police and social services agencies to prosecute people who physically abuse the elderly or steal money from them. We are going to add two investigators to the unit, one of whom will be a financial investigator. The goal is to continue to increase the amount and types of cases that we prosecute.

So far, it’s been working. For the past two years, the Prosecutor’s Office has seen increasing numbers of elder abuse cases. In 2008 — when the elder abuse unit was created — it only had 37 cases; in 2010 it had 102. By the first half of February 2011, the unit had 22 cases, putting it on track to double last year’s caseload.

GM: Elder abuse often goes unreported … why is this and what can families do to change this?

KK: Every year, thousands of elderly Americans are abused in their own homes, in relatives’ homes, and even in facilities responsible for their care.

Many victims are reluctant to report abuse. They might feel ashamed or embarrassed, particularly if a family member is the abuser. Or, they might be afraid the abuser will get in trouble, the abuse will get worse or they may be of being thrown out. And some are simply unable to speak out due to dementia or other impairments.

Families should get to know the other caretakers or staff. Each time you visit your loved one, pay special attention to his/her condition and how he/she interacts with others.

If you suspect that an elderly person is being harmed physically or emotionally or being preyed upon financially, report it immediately to the Honolulu Police at 911 or state Adult Protective Services at 832-5115. For questions, call the Senior Helpline at 768-7700.

GM: Who are your new partners with fighting against crime?

KK: In the past, the Prosecutor’s Office only relied on police to pursue investigations and did not work closely with other agencies. But now we are working more closely with the state Department of Human Services. It has a unit that investigates elder abuse and we make sure that the investigations are followed up on.

GM: If you could step back into time, what historical event would you want to witness?

KK: It might be unusual to say this, but I would want to be there when Sen. Robert Kennedy was assassinated. I truly believe the country would have benefited from his presidency and I would use my experience in security to do anything I could to help save his life. From a law enforcement perspective, I was inspired by his efforts to combat organized crime in the United States.

GM: On a personal note, do you have any aspirations for higher office?

KK: I have no aspirations of seeking any other elective office. I enjoy my job as Prosecuting Attorney.