Lotteries & Sweepstakes: You’re Not That Lucky 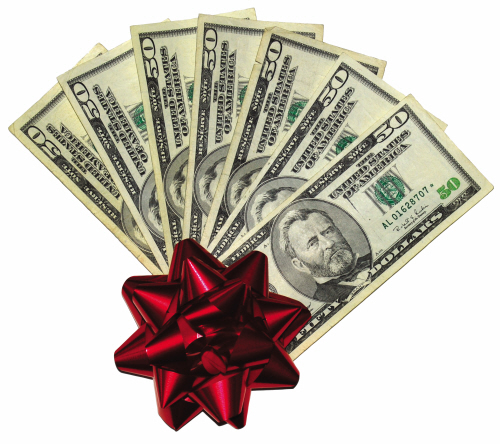 When Betty Lau (victim’s name changed) of Kaimuki opened her mail, she could not believe how lucky she was to find out that she won the $3-million Australian Lottery. The official looking letter explained that an unnamed company bought her a ticket as a promotional program and the enclosed Gold Credit Card from VISA contained the prize money. With the plastic card in hand, Betty felt confident this lottery was legitimate. Betty then read that the card had to be activated with a payment in order for her to gain access to the funds she had won. She was told, however, that any funds she paid would be put right back on the credit card. However, after making payment after payment, she received yet another notice that there was one more fee she had to pay in order for her to get access to the money. She had the feeling of playing a slot machine that kept showing “bar” “bar” cherry”— one more spin (or, in this case, payment) and she would win big. For the next three months, Betty sent more than $150,000 in an attempt to activate the card. It was only when she went through her entire savings account that she was forced to stop pursuing this fantasy.

Unfortunately, the Elder Abuse Unit at the Prosecutor’s Office and the Honolulu Police Department are seeing the above scene being played out repeatedly in Hawai‘i. Letters, emails, and telephone calls are being received by seniors in increasing numbers. Each giving news that is too good to be true.

These notices are official looking with impressive wording and says the victim must pay a small fee to receive their winnings. Some include credit cards, like in Betty’s case, while others include a real looking check. The victim is told to cash the check and send the money to another party to pay for the transaction/processing fees. The bank cashes the check without verifying it is real (because they are customer friendly after all). The victim then sends the money to the third party. When the bank discovers that the check was fake, they make the victim pay the cash back and threatens to call the police on the victim for passing a bad check.

These scams have some things in common. Firstly, the notices state that the victim must act soon or the monies won will be put back into some sort of “general lottery fund.” Secondly, the letters advise the victims to not tell anyone they won so that they do not become victims of fraud. And finally, each of these letters ask for an advanced payment of fees in order to access the winnings.

How can you prevent this from happening to you?

Watch the news for information about recent scams.

Review your bank statements for any unauthorized withdraws.

Do not fill out contest entry forms. The entries are made into lists that can be bought by scam artists who can then contact you with accurate information you provided for the contest.

And, finally, realize you are not that lucky to have won a contest you never entered.