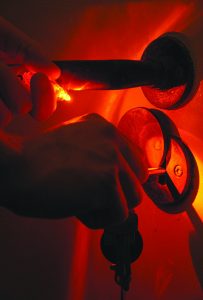 When Terry discovered his home had been burglarized, the frustration of having to replace his valuables paled in comparison to the feelings of being violated. Then, several nights later, someone entered his garage and stole his car. What Terry didn’t realize was that during the burglary of his home, the thief took his spare set of car keys. While still in shock over the initial crime, he now had to deal with being a victim once again.

Mabel thought she was lucky when she received notice saying the government had randomly selected her as part of its economic stimulus plan. She was asked to pay the taxes before receiving the funds. It wasn’t until she had sent more than $12,000 did she realized that she was being scammed. After a week of not returning emails and calls from the con men, she received a letter from an alleged fraud examiner who claimed he discovered that she was a victim of a scam. He could help her reclaim the money — all she had to do was pay the initial legal fees in advance. Long story short: $3,000 dollars later, Mabel discovered that she had fallen victim a second time to a con artist with a convincing story.

I have seen many instances where criminals target the same victims. The reasons for this are simple: criminals know their target and their weaknesses. The returning burglar knows the house layout, security system and where to search. The Internet scammer knows his victim will believe his story of instant wealth.

Another reason why returning criminals are successful is the victim’s belief that now that the criminal got what they wanted, there is no reason to return. Sadly, this is rarely true.

If you are the victim of a nonviolent crime, be aware that there still may be a target on your head. Change your locks immediately or have your home inspected for areas of easy access.

If the crime involved your bank account or credit card, have new cards issued and inform your bank so appropriate actions can be taken.

Report any unknown charges to your financial institution right away — no matter how small. Criminals may make a very small purchase (sometimes costing just a few cents) to test whether the account is still active.

Lightening does strike twice and so do the unscrupulous criminals who prey on our seniors.