Lewy body disease includes two types of dementia — Lewy body dementia (LBD) and Parkinson’s disease dementia (PDD). Parkinson’s starts with an abnormal accumulation of alpha synuclein protein that is found mainly at the tips of neurons in specialized structures called “presynaptic terminals” in different parts of the brain. LBD precedes a Parkinson’s diagnosis, while PDD develops after the changes of Parkinson’s have occurred. Currently, 1.4 million people in the US
are coping with LBD. It’s is the third most common type of dementia after Alzheimer’s and vascular dementia. 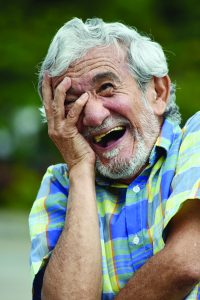 LBD exhibits many unusual features, such as variable levels of awareness and consciousness. Those with LBD display rapid shifts between orientation and confusion, alertness and drowsiness, and being attentive or unfocused. Changes in the processing of visual information are prominent, with visuospatial changes such as struggling with depth perception, location and the interrelationships with objects. There can be mistakes in decoding positional information, such as above or below, inside or outside, and left or right. 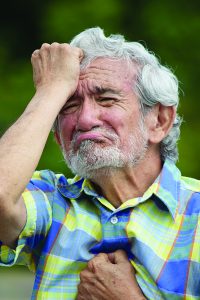 People with LBD can develop delusions (fixed beliefs that do not reflect reality), such as jealousy delusions that a spouse is unfaithful, or persecutory  delusions of being threatened or maltreated. These delusions are very real to the person with LBD, and can trigger a huge outpouring of emotions and misunderstandings. Agitation and anxiety can be triggered in those living with LBD, as well as their families and caregivers.

These changes can simultaneously occur with the motor symptoms of Parkinson’s, such as slowness, tremors, and difficulties with posture and balance. There are also many non-motor symptoms of Parkinson’s, such as dizziness, fainting and falling due to uncontrolled changes in blood  pressure. People with LBD can also have severe difficulties with constipation, excessive drooling and abnormal temperature regulation. 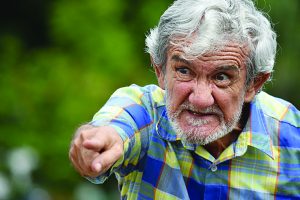 It is important to work closely with your medical team to find the best treatments for you. Your team could include neurologists, geriatrics specialists, psychiatrists and physical therapy experts who will help protect your comfort and safety.

The Clinical Research Center at Hawaii Pacific Neuroscience (HPN) is running new clinical trials for dementia caused by Alzheimer’s, Parkinson’s and traumatic brain injury. Refer to the contact information below for more information.