Recognizing the growing burden of Alzheimer’s disease and other dementias, the U.S. Centers for Disease Control and Prevention (CDC) and Alzheimer’s Association launched “The Healthy Brain Initiative” in 2013 to improve the diagnosis of dementia, and find and institute preventive measures. 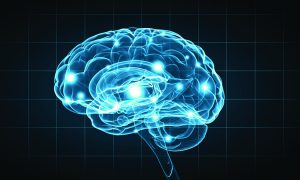 Kuakini Medical Center is the home of several internationally renowned epidemiological research studies. The Kuakini Honolulu Heart Program (HHP) began in 1965 to study heart disease and stroke in 8,006 Japanese-American men on O‘ahu born 1900–1919. The Kuakini Honolulu-Asia Aging Study (HAAS) is an extension of the HHP, and was created to study dementia and other diseases of aging. It started in 1991 when the men were 71 to 93 years of age and is one of very few studies in the world that can associate risk factors from mid-life with outcomes in old age. Thirteen examination cycles were completed.

Some findings from the studies:

◆ Walking protected against future risks of developing dementia. Men who walked less than a quarter-mile daily had an 80 percent increase in the risk of developing new dementia compared to men who walked more than two miles daily.