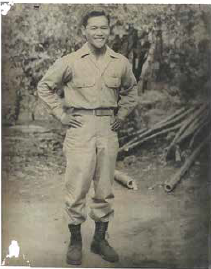 Filipino veterans such as the late Domingo Los Banos worked hard to educate the community about their role in WWII.

On July 26, 1941, President Franklin Roosevelt called upon all organized military forces of the Philippines into the service under the US Army Forces in the Far East. When Pearl Harbor and Manila were attacked on Dec. 7, 1941, these soldiers were brought into direct combat as the US officially entered World War II. During the Japanese invasion of the Philippines, US and Filipino soldiers fought together in many battles across the Philippine islands, including the battles in Bataan, Corrigedor, Luzon and Leyte.

The Japanese army had carefully orchestrated a unified military attack to conquer the Pacific and to defeat the US. The attack of the Philippines began 10 hours after Pearl Harbor. In a mere month, the Japanese captured the capital of Manila. The combined military forces held strong for three months on Bataan and the island of Corregidor, even with no naval and air support. But ultimately, the ravages of disease and starvation led to Gen. Edward King Jr. surrendering his 76,000 troops in Bataan. 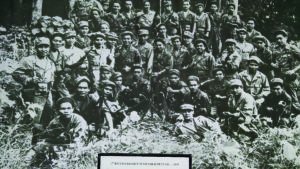 During the Battle of Corregidor, the Japanese army forced Filipino and American prisoners of war to march 65 miles from the Bataan Peninsula to San Fernando — the brutal Bataan Death March.  between 60,000 and 80,000 Filipinos and Americans marched through the jungles to confinement camps throughout the Philippines. They were deprived of food, water and medical attention — many were killed on the spot if they stopped to rest. During the march, approximately 1,000 Americans and 9,000 Filipinos died. The death march was formally designated by a military tribunal as a war crime. 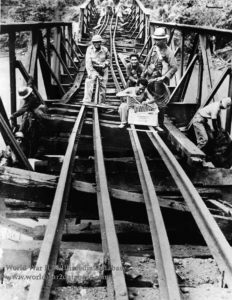 President Franklin Roosevelt had promised the Filipino veterans GI benefits and the right to become US citizens to entice them to join the war. During WWII, millions of men and women of all races, from over 60 countries, served under the US flag. Despite the Japanese occupation, the Filipinos organized guerrillas in resistance and vowed to fight against the Japanese. By the end of that war, more than 260,000 individuals fought in the resistance movement. The bravery, heroism and dedication of the Filipino veterans played an integral part of leading Allied powers to victory.

However, the US consciously broke its promise to the Filipino soldiers. After the war, President Harry Truman signed laws that stripped away many promises of benefits and citizenship for Filipino veterans. The GI benefits and US citizenship promised them were denied by the Rescission Act of 1946. It stated that the service of Filipinos “shall not be deemed to be or to have been service in the military or national forces of the US or any component thereof or any law of the US conferring rights, privileges or benefits.”

Filipino veterans and their allies, including the Filipino Veterans Recognition and Education Project (FilVetREP), a nonpartisan, nonprofit, community-based, volunteer national initiative, had petitioned Congress to restore the promised benefits countless times over the years. Sen. Daniel Inouye from Hawai‘i submitted a Filipino Veteran’s Benefits bill every year for 18 years, but each year, Congress voted to deny those promised benefits. 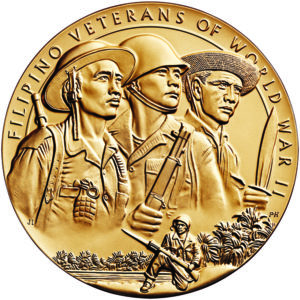 But the veterans never gave up. In 1990, Congress awarded citizenship to thousands of Filipino veterans and extended VA benefits to them. In 2009, Sen. Inouye’s bill finally passed, providing a one-time, lump sum payment to Filipino veterans. Sadly, these veterans were in their 80s or 90s by then or had passed on. Over 90 percent of the Filipino WWII veterans got nothing.

Seventy-five years after the US entered the war, Filipino veterans were nationally recognized and awarded the Congressional Gold Medal.

Despite the long-delayed recognition of the contributions of Filipino veterans, the Rescission Act of 1946 has never been repealed.

As the FilVetREP organization (www.filvetrep.org) has stated, “It is time to repeal the Rescission Act… and correct a historic mistake upon thousands of Filipino WWII soldiers who gave their lives and limbs in a winning war in the Philippines over a brutal enemy; to restore upon them the honor, respect, and dignity they earned in war. They deserved nothing less.”

MoveMeHawai‘i, a community education effort by the nonprofit Beta Beta Gamma Foundation, is planning an in-depth panel discussion providing more insights into this history. For dates and details about its community education plans, visit MoveMeHawaii.org. For more information about the Beta Beta Gamma Foundation, visit betabetagammafoundation.org.