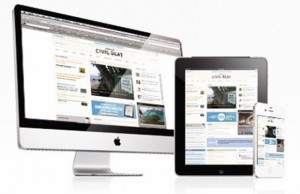 It turned out to be anything but simple. But Keever, a former Vietnam War correspondent, finally obtained what turned out to be vague summaries, sorely lacking in detail, and only for the Honolulu Police Department dating back to 2000.

By the time Keever got the records, her class of blossoming reporters was long gone. So she brought the three-inch stack of photocopies to Honolulu Civil Beat, a relatively new arrival on the media scene here.

Keever’s groundwork became a five-part investigative series in Civil Beat. “In the Name of the Law” explored the public policy decisions that have kept police disciplinary records off limits to the public in Hawai‘i since the mid-1990s, when an earlier crop of UH journalism students fought — and won — a Supreme Court victory opening misconduct files. Their victory was short-lived; the police union convinced political allies in the Legislature to exempt police records from disclosure.

I’ll let you read all about the politically charged situation that spanned three governors and many legislative sessions. You can find it at www.civilbeat.com under Special Reports.

But the project that took more than six months to pull together illustrates just who we are. Started by eBay founder Pierre Omidyar and his business partner, Randy Ching, in May 2010, Civil Beat is the only independent news organization in Hawai‘i dedicated to public affairs journalism. We don’t cover sports, entertainment or lifestyle features unless they involve some aspect of public policy. Taxpayer money is always a big issue for us, as is raising questions of possible wrongdoing or lack or government transparency.

We’ve provided in-depth coverage of controversial issues, from the Honolulu rail project to the debate over genetically engineered crops. Earlier this year, another multi-part special report examined the history of the Ala Wai Canal, its flawed design and environmental problems — and its murky future.

We believe a vibrant news organization is vital to democracy and we can make a difference in the lives of people and public policy through solid, smart, watchdog journalism. In fact, legislators and other elected officials circulate our stories and quote from our coverage.

One of our main goals is to foster civil discussions through our website, a virtual “civic square” where people can gather to understand, debate and discover the issues. We welcome community voices and invite you join us online.

And we’ve won a slew of journalism awards for our work, including being named the Best News Site in Hawai’i for three years in a row by the Society of Professional Journalists.

In September, we teamed up with The Huffington Post to launch HuffPost Hawaii, which brings news to Hawai’i while sharing our local issues with a global community. Visit us at www.huffingtonpost.com/Hawaii or email hawaiiblogs@huffingtonpost.com.