My contributions to Generations Magazine will end with this article. In past articles that I have written, I had the pleasure of sharing information about a very special water, transformed by electricity, that has been given the status of “medicinal water” in Japan. The Japanese have been utilizing a technology to transform ordinary tap water into ionized, micro-clustered, concentrated alkaline and acidic waters for decades. It started in the animal husbandry and agriculture sector, eventually moving into mainstream applications for human consumption and use.

My articles in past issues of Generations Magazine have quoted and highlighted numerous doctors, medical and research professionals as to the benefits of consuming and using electrically charged ionized water. 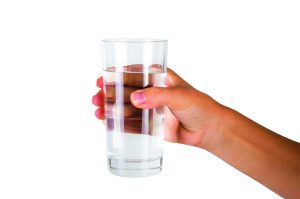 The human body is approximately 75 percent water. The body loses an average of three quarts of water per day through urination, exhalation and perspiration. It is absolutely critical that this water be replaced. Proper hydration is key to the normal functioning of body activities. Ionized, micro-clustered water is molecularly smaller than other waters which allows it to absorb up to six times faster and more efficiently into the cells of the body allowing for optimum hydration.

Recent medical studies have exposed the role of inflammation, both low-level and acute, as a key contributor to degenerative health issues. Inflammation, documented through medical research, is oftentimes a direct result of abnormal fermentation in the colon that cause an increase in free radical production. This discovery narrows the window on the root cause of health issues in the human body. The high negative electrical charge of properly ionized water is instrumental in the neutralization of positively charged free radicals in the body.

So why would you not want to try and drink ionized, micro-clustered, alkaline water? Many of you have asked me over the past year about where you can buy this kind of water. There is an inherent problem with this kind of water that renders it unsuitable for sale in a retail setting.

What this means is that you have to drink the ionized water within a short window of time to get the maximum health benefits.

The most common belief that most people have is that “water is water.” There is ample documented research that speaks otherwise. If you truly want to explore a natural simple protocol that may change your health profile, drink ionized, micro-clustered, alkaline water.