Zero Chance of Winning the Lottery

Over the years, I have spoken to countless people who believed they had won the lottery. They told me on the phone that they knew it was the real thing or they stopped by my office to show me letters, emails, credit cards or business checks proving they had struck it rich and beat the odds.

The chance of winning the lottery is 296 million to one.

They were confident about their soon-to-be riches, but their families advised them to meet with me because these “winners” had already spent thousands of dollars on alleged taxes and fees to support the purported prize.

In past issues of Generations Magazine, I have highlighted these scams, identifying earmarks proving the non-existence of lotteries, sweepstakes, government grant money giveaways and insurance bonus payments.

◆ Advance payment (for alleged taxes or fees) before they received money 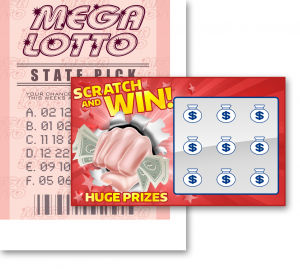 When I explained these signs, many seniors politely nodded their heads, but they still believe they had won. They went through the motions of listening only to placate the person who brought them into my office. After hearing the shtick from the con men who informed them of their lottery winnings, they believed they were of that .000006 percent of the public who wins.

My approach to these victims changed when I met “Edith.” Over the course of six months, she had sent $135,000 to someone claiming to represent a mainland lottery. Edith was very guarded and skeptical that our discussion applied to her.

She had developed a relationship with the alleged lottery worker and trusted him enough to follow his instructions. Edith believed that despite all the warning signs I pointed out to her, she was extremely lucky to have won a lottery in Hawai‘i.

Talking to Edith gave me an idea: What if I could prove she didn’t win the lottery instead of telling her she was a scam victim? As a trial attorney, isn’t my job to convince people, using the law and objective facts? I thought that I could undo scam artists’ brain washings using this logic. And I made a case to Edith to prove she had a zero percent chance of winning a lottery.

In the Dec/Jan 2018 issue of Generations, I will cover the legal arguments that prove that winning the lottery in Hawai‘i is impossible.