Recently, I had the opportunity to spend a couple of weeks with my parents on the mainland, attending family functions, overeating and watching more “Murder She Wrote” than at any other time in my life. As I tried to learn to appreciate afternoon naps, their phone would constantly ring. Various solicitors, scam artists and charities seemingly thought my parents had all this money and that they wanted to invest, spend, or give it away to strangers over the phone.

I tried to explain to my folks that by answering the phone each time it rings, the robocallers knew there was a live person connected to their phone number. If my parents simply let the answering machine screen the calls first, the amount of unwanted calls would slowly die down (and nap time could last longer). They insisted, however, on picking up the phone in case it was someone they wanted to talk with or if there was an emergency that they had to respond to immediately. 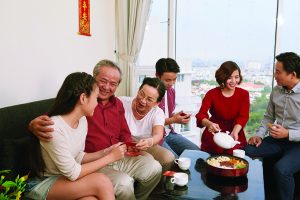 In addition to all the phone calls they were getting throughout the day, the doorbell rang constantly with a salesman, pollster, huckster, or charity/church solicitor on the other side of the door when I answered. I simply told these uninvited/unwelcome strangers that I wasn’t interested and shut the door on them before their pitch began.

This whole experience reminded me of the importance of visiting my family often and seeing what is going on in their lives. Over the years, I have received many calls to the Elder Abuse Unit from adult children in distress because they just discovered something that happened to their parents.  Usually, it is along the lines of finding out their mom or dad has been giving large sums of money to others (like neighbors, caregivers, other relatives) despite the fact they really can’t afford to do so. Occasionally,  the family member will discover that a con man has scammed their parents out of a large sum of money (so far the largest amount reported was $400,000 to some “contractors” for work never done). And in two separate instances, adult daughters reported that widowed fathers married bar girls 30 years their junior.

It is only by knowing what is going on in our parents’ and grandparents’ lives that we can prevent certain abuses from occurring. Get involved and find out your loved one’s routine. Talk to them. Any deviation from their norm may be a warning sign to you that they are being targeted for a possible scam.