The Trouble With Family Secrets 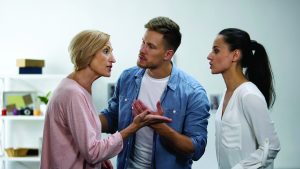 When there are secrets within a family, it has been my experience that no good has ever come from them. Now, I am not talking about secrets that a family might keep from non-family members, such as,  grandma is a witch and Uncle Joe has 12 toes, but secrets family members keep from each other.

I have gotten many calls over the years that typically start out saying a sibling did this or that with a parent and did not tell anyone about it. Usually the “this or that” involves a large sum of money, ownership of the house, or a change in the trust or estate plan. When the family member discovers this secret, their first reaction is to accuse the sibling of financial exploitation and call my office.

Although secrecy is often a red flag when looking for elder abuse, it alone is not evidence of  wrongdoing. Although it can be a sign that a vulnerable loved one is being taken advantage of, it can also just be a signal that open communication is lacking in the family and it is felt that secrecy is needed to spare hurt feelings.

More than once has brother or sister accused each other of misdeeds because the parent wanted to keep peace in the home, and wasn’t honest with each child as to what they were actually getting. When they both have been told the house is going to them and this information is brought to light, finger-pointing and accusations ensue. These claims of wrongdoing eventually seem to come into my inbox and I get to peel away the layers of the truth onion to see why the situation smells bad to certain family members.

AARP has several aids that can help families have open and honest conversations with each other about sensitive matters, such as exploring caregiving options or the distribution of wealth upon the parent’s death. Another resource that is the Kupuna Pono Program with the Mediation Center of the Pacific. Trained mediators (like myself) have experience leading conversations among family members concerning aging issues. It’s been my experience that the only secrets that should be kept among family members are those that involve surprise parties and how your wife’s new hairstyle really looks.