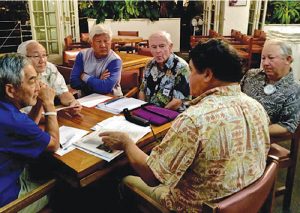 Men’s Sheds began in Australia 10 years ago. The nonprofit is a communal version of the old-fashioned backyard shed where a man could tinker with his tools. Thousands of Men’s Sheds in Australia, New Zealand, the UK, Ireland and Finland belong to the international association, but every group is unique. Its members decide what they want to do: woodwork, metalwork, gardening, bicycle repair, cooking or bookbinding. The thing that all sheds provide is a safe, comfortable place for older men to congregate, talk and work shoulder-to-shoulder.

It might appear that a shed is just a place to work, but it is much more. Older men tend not to socialize, are reluctant to do anything new and often ignore their health. When hearing and memory start to go, it is easy to just tune out. Friends from work are not as available; old buddies move away or pass on. The Men’s Sheds is  a way to reverse the slide into isolation. 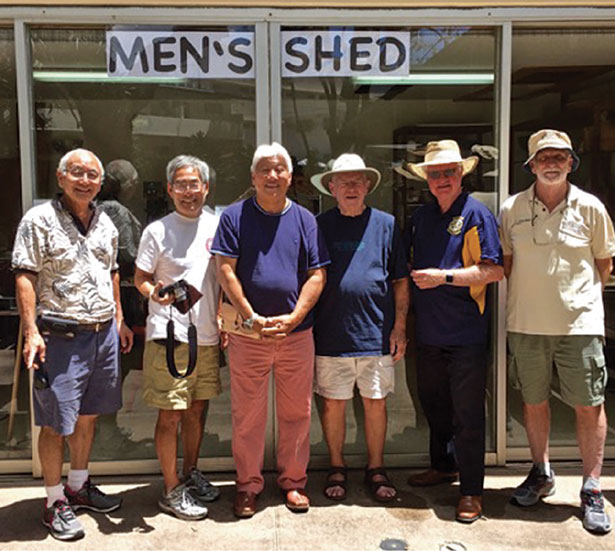 We opened the first Men’s Sheds in Honolulu and are looking for a few good (old) men. We gather on Thursdays from 10am until 4pm. Hours and days will expand with membership. “If this sounds like something fun for you or for a friend, give Glenn a call for details. Come by, take a look, have a cup of coffee and talk story.