May is Older Americans Month 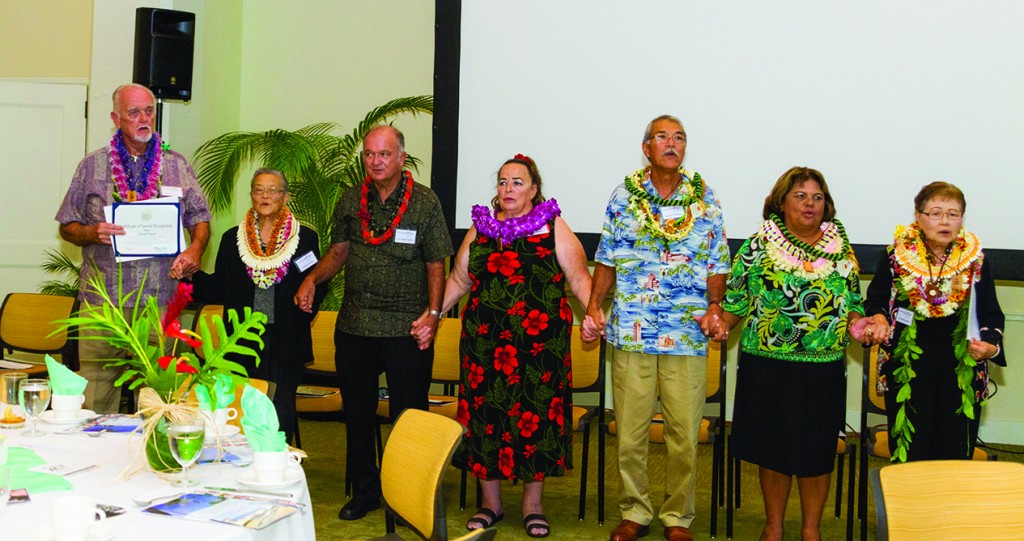 We can’t overlook what our elder community (289,000 over 60 years) have contributed to the quality of life we share in Hawai‘i. In May, celebrations throughout the state recognize years of continued hard work and positive contributions that senior citizens make to their communities throughout Hawai‘i.

In 1963, John F. Kennedy established May as Senior Citizens Month. Kennedy recognized community contributions made by his parents’ generation, who fought and won two world wars. From the Great Depression, they worked hard to create a quality of life envied the world over.

On May 6, Kaua‘i and Hawai‘i counties will celebrate older Americans, followed by Honolulu and Maui County later in the month. Each County Area Agency on Aging (AAA) receives dozens of nominations from which they select two awardees—just eight for the state. They come from various volunteer groups, community associations, churches and senior centers.

Patricia Simpson, was completely surprised at her nomination by Kaua‘i’s Hospice group, Share the Care. “I‘ve always looked at volunteering as a way to give back. Getting this kind of recognition was a totally unexpected gift,” she said.

The state recognizes these awardees and Older Americans Month on June 3, at a luncheon co- operatively hosted by state offices and agencies, and led by the Executive Office on Aging (EOA). The event is organized by the Policy Advisory Board for Elder Affairs (PABEA), a volunteer board appointed by the governor to identify and address issues on aging in Hawai‘i. They advocate for legislative action and elder services program development; they also evaluate current efforts to improve the quality of life for citizens 60 years of age and older. The theme for 2016 Older Americans Month is “Blaze a Trail,” urging seniors to take action and advocate for themselves.

The 2016 State Recognition Luncheon event will be hosted by Kahala Nui Living Center. Seating is limited and by invitation only. To contribute to the support of this event or for further information, contact the Executive Office on Aging at 808-586-0100.