If I were to open a crime college, a place to learn the fine art of thievery, one class that would assuredly be on the curriculum would be Advance Fee Frauds, commonly known as sweepstakes and lottery frauds. This con involves the victim being told the lie that money is coming their way (usually from lottery winnings, insurance refunds or inheritance) but a fee/tax/processing charge has to be paid first to receive it. This one scheme is responsible for more money being stolen in Hawai‘i than any other crime.

According to the Better Business Bureau, nearly 500,000 people have reported this fraud to various enforcement agencies in North America from 2015 to 2017. In that time, funds lost totaled $344,414,685. However, studies have shown only 1 in 25 cases are even reported to the police. 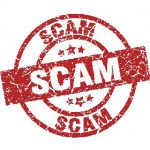 These scams tend to originate outside of the U.S., mainly in countries such as Jamaica and Costa Rica. Losses to fraud in Jamaica in 2015 (those that had been discovered) amounted to over $38 million. Money that resulted from these scams has been used to buy guns and drugs within Jamaica. In fact, so much money is being made in Jamaica from this scam, that organized crime has dramatically increased, resulting in deadly gang wars between rival fraud groups spilling out onto the streets. As a result of these problems, a State of Emergency has been declared for Jamaica.

Countries such as Jamaica and Costa Rica both have large English-speaking populations, which is effective when speaking to potential victims. They claim they are from somewhere within the U.S., giving a false sense of security to victims, and slowly convince them they are not being scammed.

Costa Ricans tend to use Voice Over Internet Protocol (VOIP), also known as internet phones, which give them the ability to change their area code. They often claim to be from a government agency to give potential victims a false sense of security when providing payment for taxes, fees, transportation, and/or security, for their “winnings.”

Operations in Canada, Israel, Spain, and the Philippines have been linked to these sweepstakes/lottery scams, too. They tend to “spoof” phone numbers, resulting in area codes that appear to come from within the U.S. — Las Vegas or Washington D.C. area codes are often used.

The takeaway from all this is people need to realize that there is no “free lunch” and they are not lucky enough to get something for nothing. As I explained in the Oct/Nov 2017 and Dec/Jan 2018 issues (online at www.generations808.com under “Wisdoms”), a person in Hawai‘i has a ZERO percent chance of winning the lottery. Too many people have fallen victim to this scam and have fueled crime and violence all over the world.