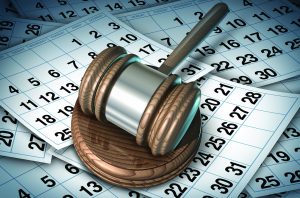 Recently, I received a call from a woman who wanted to report that her father had been the victim of theft. The culprit was her niece, who had taken over $100,000 over a three-year period. The caller had the evidence and her father now wanted to hold the niece accountable for what she had done. However, the only problem was that the crime was outside the statute of limitations.

The statute of limitations, or SOL, is a time period wherein the criminal conduct must be filed with the court. It is a time limit the victim has before the case is deemed too old. It is important to note that it doesn’t matter when the case was reported to the police — the case has to be accepted by the court within the SOL.

The length of time for the statute of limitations depends on the severity of the crime. For a misdemeanor crime (one in which the value of property or money taken is under $750 or injuries are less than broken bones), the SOL is two years. For a felony crime (over $750 taken or serious injuries sustained or a weapon used), the SOL is three years. There is no SOL for murder.

Sometimes the SOL can be extended if certain facts are present. For instance, if someone only recently discovered a theft that was made by deception, the SOL begins not when the crime was committed, but when it was discovered.

Let’s say “bad son” took $20,000 from his dad by forging checks and cashing them on Feb. 1, 2017. Dad discovers the crime on Jan. 1, 2018 (SOL begins). Father doesn’t report the crime to the police until Dec. 31, 2020. Does he make the SOL deadline? Probably not, because although the SOL ends Jan. 1, 2021, the police have only two days to investigate the crime, present it to the prosecutors and file the matter with the court. “It just ain’t gonna happen.”

There is no good reason to delay reporting elder abuse. Over time, memories fade, evidence gets lost and there can be unforeseen delays in the investigation. All this can result in missing the SOL deadline and not holding someone  accountable for their bad conduct.