Don’t Give Wrongdoers a Free Pass 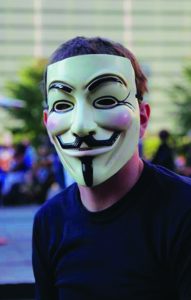 Recently, I took my youngest daughter to the Punahou Carnival, where waiting in line for the adult rides she has now graduated to is sometimes 40 minutes. As we were getting close to the front, I noticed four young adults walk several feet in front of us and stand in line. It took me a moment to realize these people were cutting in. I approached and politely informed them where the end of the line was. One of the group replied that they had been standing in line all along. Unsure of myself now, I asked the man in front of me if this were true, to which he replied, “It’s only four people.” I looked back at the group and told them to get in the back of the line. After a moment, they went to some place that wasn’t near me. The man in front of me looked down and didn’t say anything to me or his two kids.

In handling hundreds of elder abuse cases over the years, I have heard excuses being made all the time as to why someone should not be held accountable for bad behavior. For a variety of reasons, people allow wrongdoers and criminals to get away with their actions without incurring any consequences. The excuses range from “it’s not a big deal now” to “I am sure it won’t happen again” to “I don’t want to upset anyone.” Invariably, however, the unchecked misdeeds don’t stop and, in fact, get worse.

The biggest excuse-makers for people behaving badly are parents. Countless times I have seen a mom or dad turn a blind eye to their adult child’s misconduct, only to suffer worse later on. For instance, the father who refused to have his son arrested for stealing $12,000 by forging his name on checks he stole from him. The father convinced himself — without any evidence to support this belief — that the son wouldn’t do it again. Two months later, he called the police. This time he wanted his son arrested for new charges — the son took $20,000 from his aunt, the father’s sister.

Door-to-door con men, who convince a senior that yard work or construction needs to be done, then take an upfront payment and disappear, get away with their crimes multiple times because their victims feel it is only a “minor” crime, or that it is too much hassle to report it to the police. One of the first such con men the Elder Abuse Unit prosecuted was arrested for deceiving six people by claiming he would do tree trimming then disappearing after receiving the money upfront. After his arrest, eight more victims were discovered who initially didn’t want to call the police. When the story made the news, 20 more people called our offices saying they were also victims but never reported their crimes for a variety of reasons.

Crime, like a cancer, doesn’t disappear when it is ignored. It often spreads and becomes more serious in the long run. If someone has committed a wrongdoing against you, hold that person accountable for their actions. It will save you or someone else more suffering in the future.