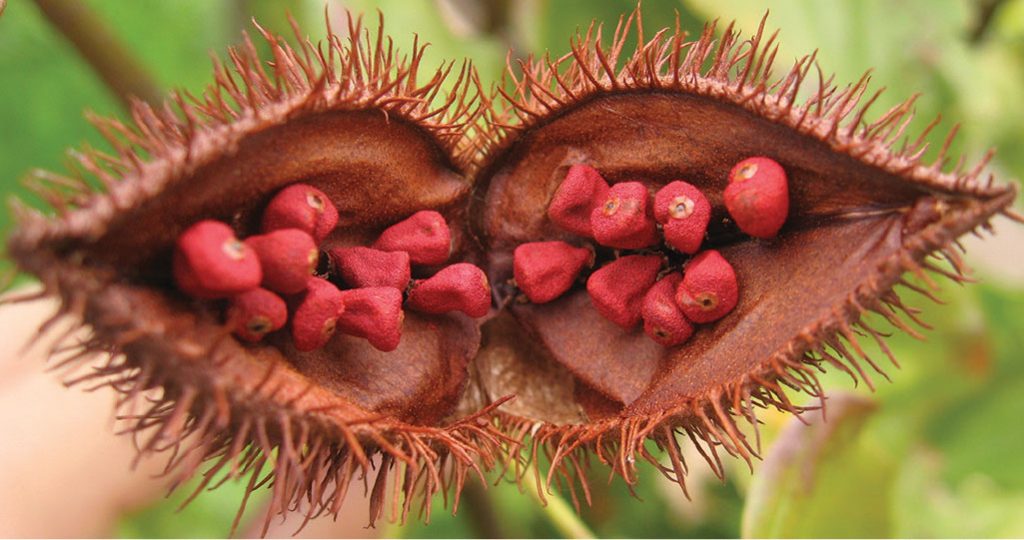 The more we learn, the smarter our ancestors seem to be. If you are Filipino, your family probably uses annatto or achuete to cook traditional foods. The seed is used throughout Latin America, the Caribbean and places around the world where the Spaniards sailed, such as the Philippines and the Marianas Islands. Today, annatto food coloring is used worldwide.

Bright red annatto seeds have a very hard core, so they must either be soaked in water, or warmed in oil or lard to extract the color. Then the hard seeds are carefully sieved out. The orange-colored oil is used to prepare arroz con pollo, red pork adobo and many other dishes. In ancient times, red-orange annatto dye was used in spiritual rites and handicrafts, as well.

Scientists now know that annatto seed oil also contains tocotrienols — active molecules of the vitamin E family. The benefits of vitamin E have been investigated extensively, but recent research has focused on tocotrienol because it can lower cholesterol and act as an antioxidant. Although rice and palm also yield tocotrienols (mixed with less active forms of vitamin E), annatto seed yields nearly pure tocotrienol that is rich in the kind of molecules that appear to carry the most health benefits.

Our ancient ancestors added vitamins to their diets as a part of their traditions; science is proving just how smart our ancestors were!