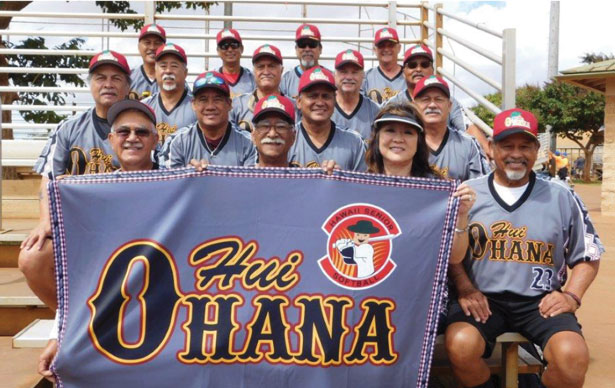 More than 1,000 players aged 60 and over, representing 63 teams from all islands, faced off in friendly but spirited competition at the Annual Hawaii State Senior Softball Tournament on Kaua‘i on Aug. 2. Kaua‘i teams welcomed their opponents at Hanapepe Stadium, Ele‘ele Field and Kaumakani Ball Parks.

At the opening ceremony, players thanked Pat Baniaga, who served as league coordinator for the Kaua‘i Senior Citizen Softball League for the past 14 years, and as director for the 41st annual tournament. He is passing the mantle to Jeffrey Kimoto, who recently moved to Hawai‘i from Northern California.

“It is time for some new blood and ideas to allow growth, and more success for the Kaua‘i senior softball program,” Baniaga said.

The Shaka Boyz of Hui Ohana, and managers Les Lunasco and Sonny Miller put up some great hitting, and strategic defense to capture a win at ‘Ele‘ele Field.