Move US to Racial Justice 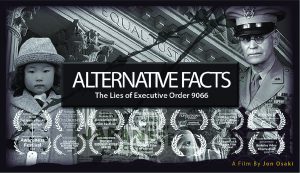 MoveMeHawai‘i is a joint effort of the Beta Beta Gamma Foundation and the Hawaii State Bar Foundation with the objectives of educating the public about social justice issues, promoting community unity, and supporting organizations that provide legal or social services to the underserved. This October, MoveMeHawai‘i is presenting a free, online community education program, Move US to Racial Justice, which will include an award-winning film and a lively panel discussion about racial discrimination during World War II and how we can move together to combat systemic racism that continues today.

Throughout October, participants can view Alternative Facts: The Lies of Executive Order 9066, a compelling documentary about the false information and political influences that led to the World War II incarceration of Japanese Americans. This film, an Honorable Mention for the 2020 American Bar Association’s Silver Gavel Award, sheds light on the people, prejudice, and politics behind the lies and deliberate withholding of critical information that influenced the signing of the infamous Executive Order 9066 and US Supreme Court reviews of that order.

On Oct. 25 at 2 p.m., MoveMeHawai‘i will present a live, online panel discussion of the film and how it relates to the ongoing social injustices faced by US minority groups. The Black Lives Matter movement, Hawai‘i’s own racial issues, and alliances of people of all ethnicities in support of racial equality will be discussed by Jon Ozaki, the filmmaker and visionary of Alternative Facts; Camille Nelson, the new dean of the William S. Richardson School of Law and a leading scholar on critical race theory; and Avi Soifer, the immediate past dean of the law school and a constitutional law expert.

Submit questions for the panelists in advance via the online registration form or use the online chatbox during the live panel. The discussion and the film will both be available through Oct. 31.