In the mid-1930s, Yoshio Hori opened a bakery in Kohala on Hawai‘i Island, selling pastries, breads, cookies and pies. He meant to name the bakery after himself, but it became a westernized version of the Japanese name due to a packaging order miscommunication.

His son, Richard Sr., recalls, “My father told (the salesman) the name was Hori. He heard ‘Holy.’ So that’s why the bakery is Holy’s Bakery.” Holy’s Bakery became famous throughout the state as the place to get buttery, melt-in-your-mouth pies.

Today, the baking tradition still runs strong in the Hori family. Every generation has produced bakers with the legacy continuing at The Hawaiian Pie Company. 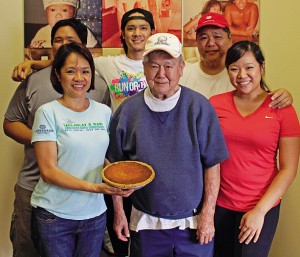 In December of 2014, Yoshio’s grandson Joel Hori and his children, Matthew, Lindsey, and Andrew Chun-Hori, opened their doors in Kalihi. The new bakery is not affiliated with Holy’s Bakery, but it does honor Grandpa Yoshio by offering a line of traditional flavors that include the famous Butter Apple and Peach pies. Along with these delicious traditional pies, they have introduced new flavors that were created in their kitchen at home in Manoa Valley. 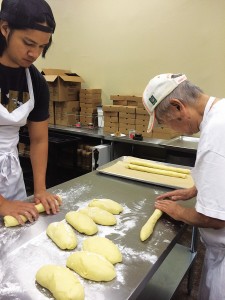 “The next generation of flavors features the same buttery crust with tropical flavors like Passion Fruit, Pear and Strawberry Guava,” said Matthew. “We also have a cool specialty Hawaiian topping that accompanies some of our flavors, which is a great addition to our pies.”

Joel’s children were a major part in the revival of the family business. “We grew up with the stories Dad and Grandpa used to tell of growing up in the bakery and the magic that was Grandpa Holy’s Bakery (Yoshio),” said Lindsey. “Family is why we do what we do.” 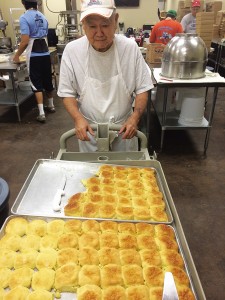 Youngest brother Andrew adds, “I’m bringing this part of the family into me and looking up to my Grandpa, Dad and Uncle; it’s cool to be able to follow in their footsteps.”

Richard Sr.’s face radiates with contentment as he hears the respect and love his grandchildren have for the family. “If my father is looking down from heaven, he’s surely smiling.”