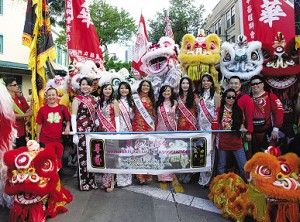 The Year of the Sheep Chinese New Year celebrations in Honolulu include the oldest ethnic pageant in the U.S., The Narcissus Queen Pageant, and a host of free public events. The month-long celebration peaks on Feb. 14 with the Night in Chinatown Festival and Parade. New Year decorations, fireworks, lion and dragon dances, and delicious treats will bring over 3,500 visitors to Chinatown’s 12-block section of Honolulu’s business district. Traditions centered around warding off evil and wishing everyone health, happiness and prosperity for the coming year are a great way for seniors and their families to bring in the New Year. 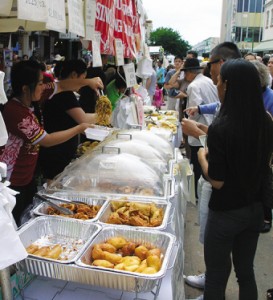 There will be food and stage performances in the Center Stage area. This event is presented by the Chinese Chamber of Commerce and the City and County of Honolulu.

The largest event of the Chinese New Year celebration is a festive
block party throughout the day in the heart of Chinatown in Honolulu with more than 100 food, craft and cultural booths. Five stage performances, lion and dragon dancing and other activities from various cultural ethnic groups start at 8 am and end at 9:30 pm, on Smith, Pauahi and Maunakea Streets. 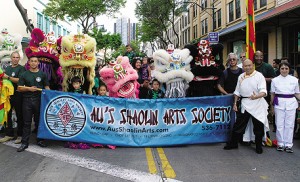 The Night in Chinatown parade starts at 3:30 pm on Hotel Street, then proceeds from the State Capital to River Street. With over 90 marching units, over 3,500 participants and cultural groups, including 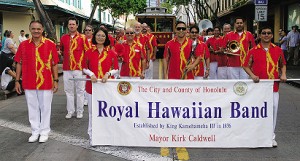 2014 Chinese New Year in Chinatown.
Photos courtesy of Paul D.Y. Chun and the Chinese Chamber of Commerce of Hawaii

colorful lions and the dragons, the parade ends with the longest dragon in Honolulu, (approximately 150 feet). This event is presented by the Chinatown Merchants Association, Honolulu Chinese Jaycees and City and County of Honolulu.

Celebrations at other various restaurants and venues.

Center Stage events at 11am, followed with more than 14 lion dances throughout the shopping center and ending with a meet-&-greet event at 2 pm. Presented by Ala Moana Shopping Center.