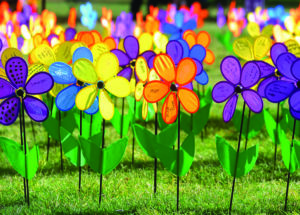 You probably know someone with Alzheimer’s, the most common type of dementia that’s currently affecting some 5.8 million Americans and growing so rapidly that as many as 14 million may be affected by 2060.

Dementia is not a disease but the general term for the loss of memory and cognitive abilities, especially in people over 65. Alzheimer’s is a progressive disease that worsens over time and in its late stages, individuals lose the ability to carry on a conversation and generally succumb to the disease four to eight years after diagnosis.

Current research, however, is showing progress in the removal of one of the main causes or hallmarks of Alzheimer’s disease in the brain, called “amyloid,” also known as plaques, with the potential to slow down the progression of the disease for those who are in the early stages of Alzheimer’s. While this is certainly nowhere near a cure, the science is leading us in the right direction toward better treatments and ultimately, a cure for this terrible disease that impacts so many families across our state.

But research costs money — lots and lots of money. To help, the Alzheimer’s Association of Hawai‘i is joining other chapters across the country in holding the annual Walk to End Alzheimer’s — the largest event to raise awareness and funds for Alzheimer’s care, support and research. After a two-year pandemic gap, the Hawai‘i walks are once again taking place throughout the islands: in Hilo on Sept. 17, in Kapa‘a on Oct. 1, on Maui on Oct. 22 and in Honolulu on Nov. 5.

Participants can register as teams or individuals, and businesses can put together groups. Children can also participate (bikes, skateboards or wheelie footwear are discouraged). Strollers are fine and it’s OK to take your well-behaved dog if it’s on a leash. It’s a fun day offering fresh air and exercise, while helping to raise the much-needed funds for research and awareness. On O‘ahu, this year’s goal is $335,000.

There’s no registration fee, but participants are encouraged to make a personal donation and commit to raise funds in the fight against Alzheimer’s If you raise $100 or more before the event, you’ll receive a free T-shirt to wear during the walk. All donations are tax deductible.

You can get complete details about this year’s Walk to End Alzheimer’s on its website as well as important information about the disease: what it is, how is it diagnosed, what are the symptoms, what are the stages of the disease and what treatments are available.