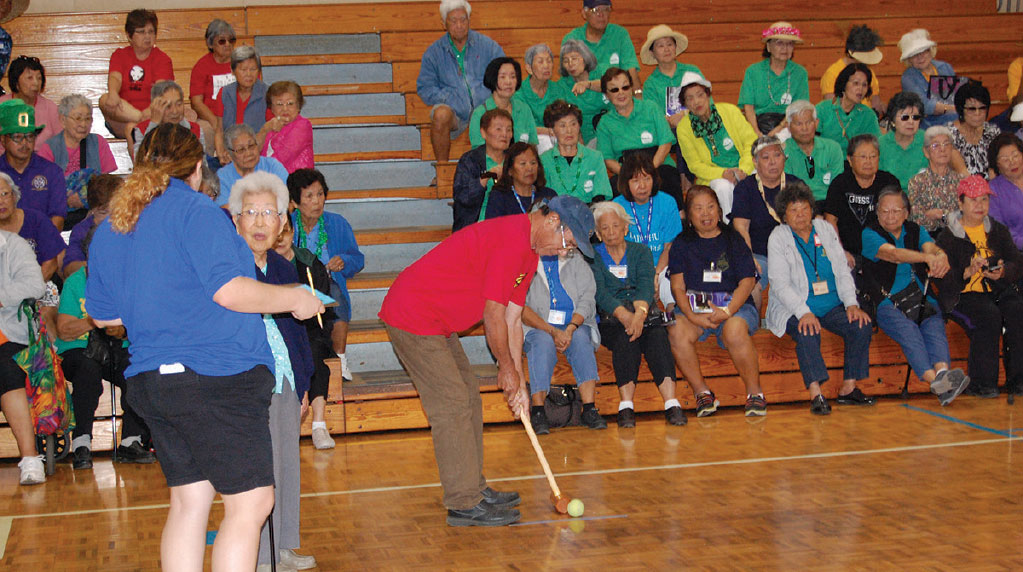 March seems to be the perfect time for the Annual Senior Classic Games, which was created by Herbert Yasuhara in 1989 when he was the supervisor of the Hālawa Complex. Yasuhara started the games to get the senior citizens in the club active and moving, as an addition to sedentary activities such as cards or cribbage. The games were adopted by the De-partment of Parks and Recreation to include all those enrolled in the senior clubs islandwide.

In the past few years that Generations Magazine sponsored the 72 medals, the park was a great backdrop for a beautiful day of competition. The games were played in the gym and on the grounds outside, with names like Tunnel Vision, Nine Gates, Pin Ball and Peg Ball. The two age categories are 55 to 74, and 75 and over. The 91 teams of three members each from most O‘ahu senior clubs also brought cheerleaders who encouraged the athletes with enthusiasm — and even pompoms. 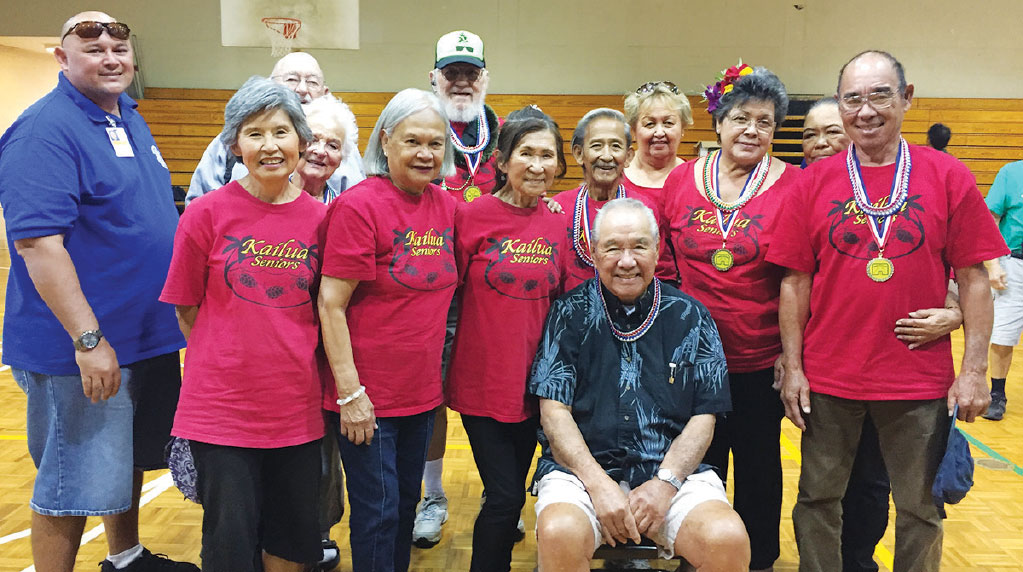 There’s always a happy ending with recognitions and a group photo with Herbert Yasuhara.

Everyone had so much fun competing in the games. I heard that there were new members of the Kailua Senior Club who were very excited that they won medals. Some teams even had fun gathering for practices before this annual event.

To join a senior club, prospective members need to be 55 years of age or older and registered at a Parks and Recreation facility that has a senior club. There are over 35 senior clubs islandwide

For more information on senior citizen programs, feel free to call Randy Yasuhara, City and County of Honolulu’s Recreation Support Services of the Senior Citizen Section, at 808-768-3045 or check out www.honolulu.gov/parks/dprseniorcitizens.htm.