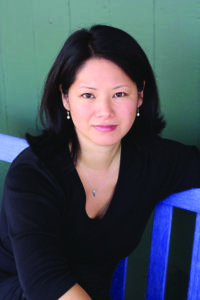 What does it mean to be Chinese American?

How are we reflected in the people we love and us in them?

What obligation do we have to those who share our blood?

How does a woman claim her life as her own?

Where is my true home?

Big Island bestselling novelist Darien Hsu Gee explores the answers to these questions through her poetic memoir and award-winning poetry, which debuted last fall in Allegiance and Other Small Histories.

In Allegiance, a collection of micro-essays and prose poems, Darien explores her Chinese American identity and themes of belonging. Darien navigates the complexity of family dynamics in search of her identity. 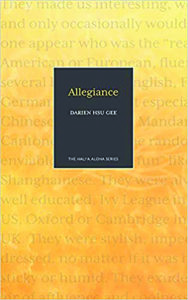 As a first-generation Chinese American, she portrays a feeling of spiritual homelessness as she charts her itinerant journey through her lyrical narrative of Asian diasporic experiences.

“Gee is a marvelously direct writer of powerful autobiographical vignettes, each one telling in its quiet ferocity for personal revelation, each a momentary, lyric ascent above everyday confusion,” says fourth-generation Japanese American poet Garrett Hongo.

Other Small Histories, a collection of poems, was selected as a Poetry Society of America 2019 Chapbook Fellowship winner by Patricia Smith, who called the book “a lush and lyrical chronicle of a walking back, a mesmerizing merge of research, vision and invention that gradually crafts a story of the women in her matriarchal line.” One critic wrote, “These luminous narratives explore complex familial relationships with spare, controlled prose. Gee is an eloquent writer whose voice resonates well past the last page.” 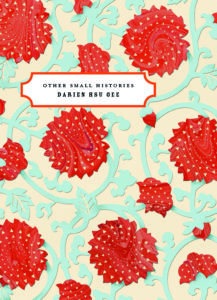 Darien is the author of six novels, five of which have been translated into 11 languages. Three were written under the name Mia King.

She holds a BA from Rice University and an MFA from the Rainier Writing Workshop at Pacific Lutheran University. She serves as series editor for the Hali‘a Aloha micro-memoir and hybrid publishing program. She and her family currently live in Waikōloa on the Big Island.