Healthy Food Tips for Your Kidney 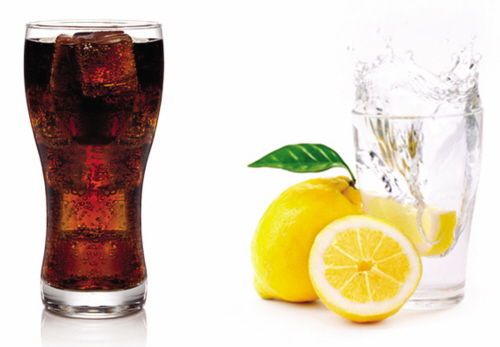 Are you aware of the caution about drinking cola drinks? According to a 2007 study, “carbonated beverage consumption has been linked with diabetes, hypertension and kidney stones, all risk factors for chronic kidney disease (CKD). Cola beverages, in particular, contain phosphoric acid and have been associated with urinary changes that promote kidney stones.”(1) Drinking two or more colas per day was associated with increased risk of CKD.

Researchers are also learning that the issue may be more pervasive than carbonated beverages. The National Kidney Foundation recently reported that people who “consume a diet that is high in phosphorus could be doing damage to their heart, with or without pre-existing kidney disease.” The foundation reports that some studies link high amounts of phosphorus from food with increased phosphorus in the body, ultimately leading to cardiovascular disease(2) and kidney problems.(3)

Phosphorus is a mineral that is found in the body and aids in making strong bones, among other things. However, if too much phosphorus is consumed damage can result. The most common form of phosphorus in foods is an additive called “phosphate,” which can even be found in so-called “all natural” or “organic” foods and beverages.

It has been estimated that the average American adult needs only 700mg of phosphorus per day but is consuming at least twice this amount.(4) Phosphate can be found in some prepared boxed and frozen foods, many sliced breads, cereals, meats, dairy products and flavored drinks, among other items. Moreover, this form of phosphorus is nearly 100 percent absorbed by the body, unlike plant-based phosphorus like whole grains, dried beans, nuts and seeds, of which only 30 to 50 percent is absorbed.

People can control the amount of phosphorus they consume by reading food labels. Keep an eye out for the letters “PHOS” as part of an added ingredient when shopping for foods and beverages. The National Kidney Foundation recommends that people eat fresh, unprocessed foods. Also consider enjoying water with a twist of lemon rather than that cola or other carbonated drinks.